Merely a day after Samsung's Galaxy Z Fold 4 launch, Xiaomi was quick to follow with a surprising punch. The Mix Fold 2 is the Chinese brand's second foldable phone, featuring a surprising thickness of just 5.4mm when opened — barely enough to house a USB-C port — and 11.2mm thick when folded. While Huawei's Mate Xs 2 is also 5.4mm thick when opened, bear in mind that it folds outwards instead and therefore lacks a secondary display, not to mention its 11.1mm-thick camera "column."

One of the features that enables the Mix Fold 2's thickness is Xiaomi's third-gen "micro water drop hinge," which allows for a tighter fold on the flexible display panel within the 8.8mm-tall hinge structure. To put things into perspective, Xiaomi pointed out that the current "water drop hinge" structure on a competitor's foldable — with an obvious image reference to Huawei's Mate X2 — is 11.25mm tall, as illustrated in the second gallery image below. The company added that with this new hinge and panel, the crease is even less visible — narrower space over all, with an average depth of less than 0.15mm.

Interestingly, Xiaomi was willing to sacrifice a bit of battery juice to reach this thickness, going from the original Mix Fold's 5,020mAh to 4,500mAh. It's as if Xiaomi is betting big on the efficiency of Qualcomm's Snapdragon 8+ Gen 1 processor here. There's still support for 67W rapid charging, which goes from zero to 100 percent in just 40 minutes. Together with the smaller hinge and slimmer body parts, these contribute to a lighter overall weight — 262 grams (about 9.24 ounces) instead of the old 317 grams (about 11.2 ounces). Other goodies include larger heat dissipation components, dual Harman Kardon speakers, NFC and IR remote.

Some adjustments have been made on the two displays. For one, both have adopted a slightly wider aspect ratio. The exterior Samsung panel now comes in a 6.56-inch size with a 2,520 x 1,080 resolution, shielded by Gorilla Glass Victus. The interior foldable screen is a supposedly more efficient 8.02-inch Samsung Eco² OLED panel with a 2,016 x 1,914 resolution, and it's covered by a flexible piece of ultra-thin glass (30um). Both screens support up to 120Hz refresh rate and 1,000-nit brightness, along with Dolby Vision and HDR10+. There are also three ambient sensors around the phone for a more accurate auto brightness for both screens. 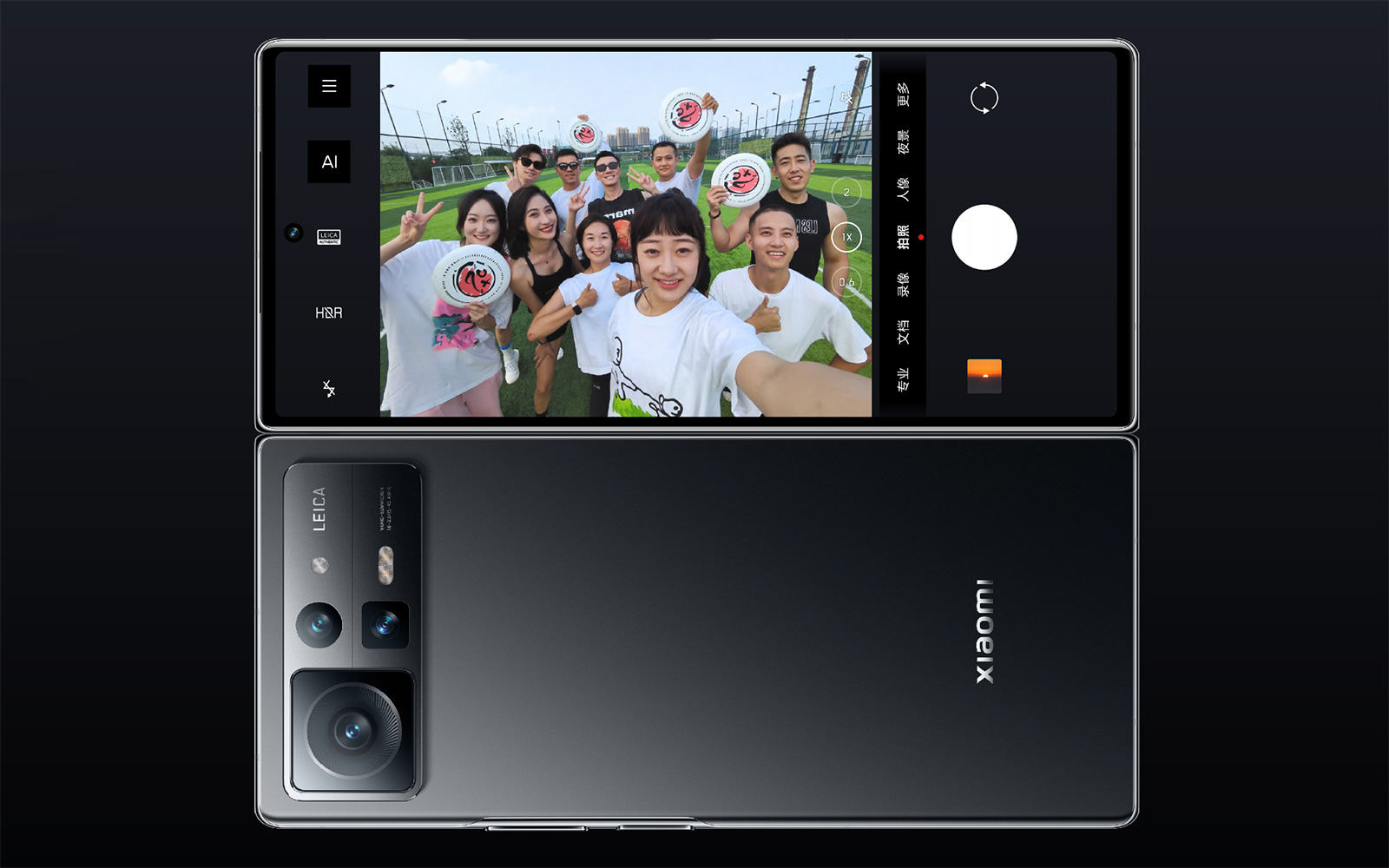 On the photography side, there's no more "liquid lens" gimmick this time. The Mix Fold 2 shares a near-identical 50-megapixel main camera (with optical stabilization) and 13-megapixel ultra-wide camera as the Xiaomi 12, but this time with a Leica Summicron certification — much like the Xiaomi 12S Ultra which kick-started this partnership. You also get an 8-megapixel 2x portrait camera (45mm equivalent), as well as a 20-megapixel selfie camera on the other side. But of course, you can also unfold the phone and switch to the rear cameras for selfies instead, in which case you'll be using the secondary screen as a viewfinder.

Given the phone's thickness, a camera bump was inevitable, so Xiaomi could only attempt to minimize the camera module height, and it did so by switching to the less common SMA (shape memory alloy) actuator to power the main camera's optical stabilization. It's unclear whether there are any performance disadvantage with this solution, though. 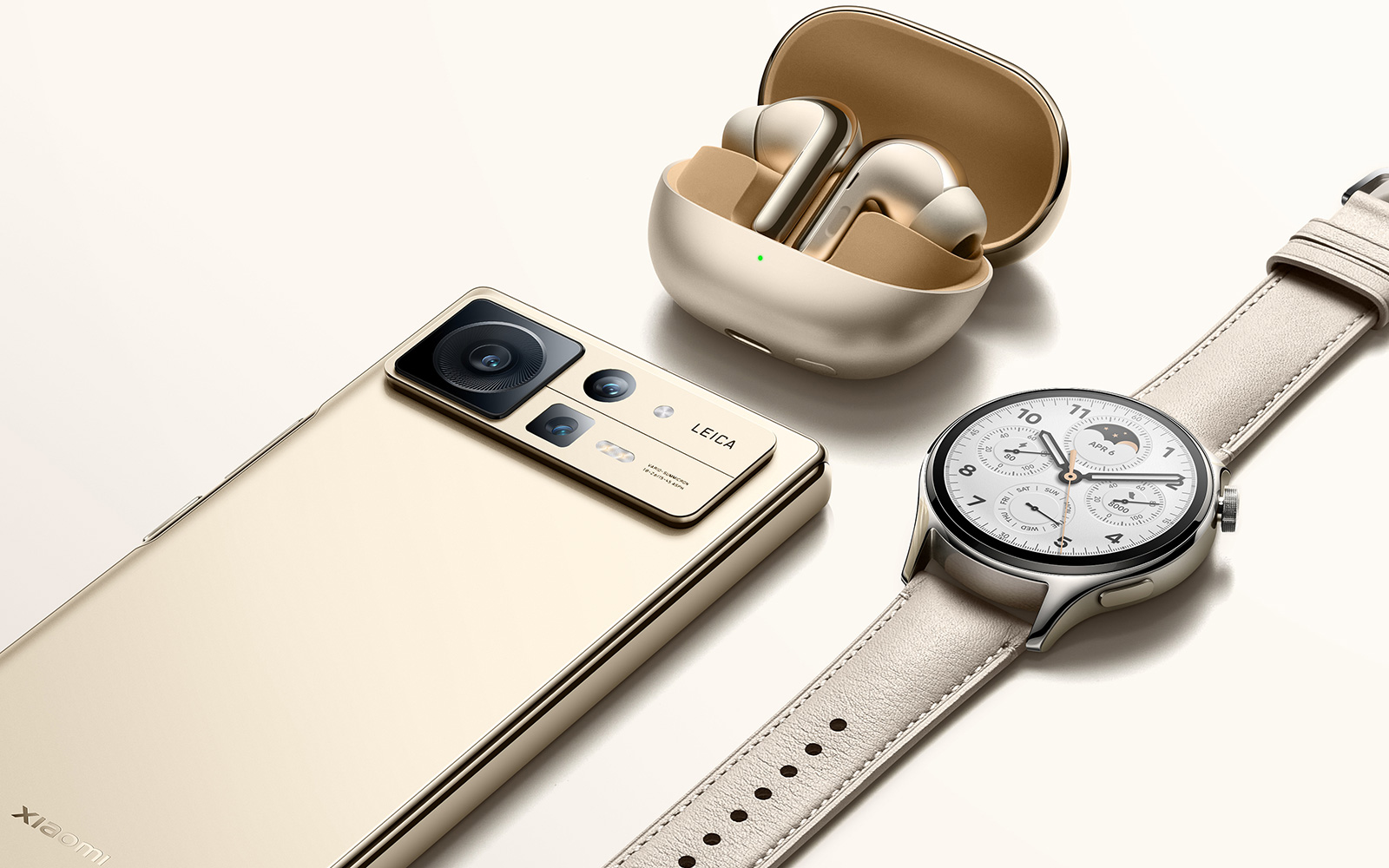 With the Leica partnership, the Mix Fold 2's camera app gained a "Leica Authentic" mode for those prefer natural-looking shots, as well as a self-explanatory "Leica Vibrant" mode for everyone else. Regardless of the photography mode, this foldable phone produces the classic Leica M3's shutter sound when shooting, and you'll find various Leica-inspired filters, lens effects and interface elements throughout the camera app. If you often take photos of fast-moving kids or pets, you'll apparently appreciate Xiaomi's AI-assisted "CyberFocus" AI tech here, which was ported over from the company's CyberDog and already featured on the Xiaomi 12 series.

Much like the 12S Ultra and the original Mix Fold, the Mix Fold 2 is China-only for now, so good luck finding an importer in your area. That said, Xiaomi added that it worked with Google on optimizing Android 12L (but rebadged as "MIUI Fold") for the Mix Fold 2, so there may still be hope for an eventual international rollout.