If you were a Star Trek newbie, today’s episode of Lower Decks, “Mugato, Gumato,” is not a good place to start. It’s packed full of references across the franchise, including Beckett Mariner, Sam Rutherford and Brad Boimler engaging in a not-so-friendly match of anbo-jyutsu, the appearance of not-so-enlightened Ferengi and even the episode name, which references how no one can seem to agree on how to pronounce the creature whose name is spelled “mugato.” 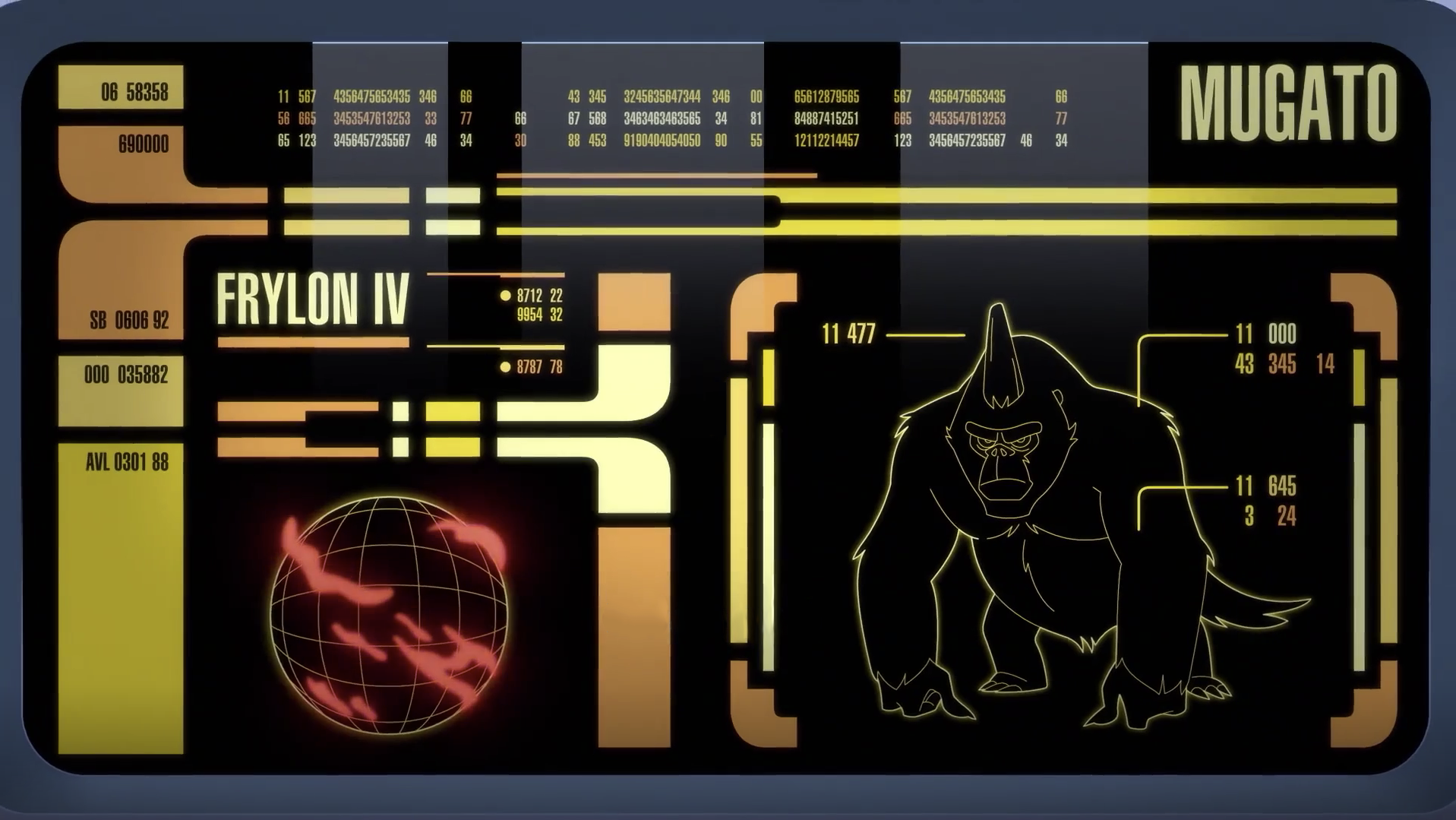 However, after a season and a half, the show has already settled into a groove, and as a streaming program there’s no reason why “Mugato, Gumato” would be anyone’s first episode. Paramount+ would only pull up this one if last week’s “We’ll Always Have Tom Paris” had recently been watched. With less need to be accessible, that leaves a show like Lower Decks free to dabble in continuity and in-jokes for the long-time fans.

Fan service is often derided for being gratuitous at best, and an act of gatekeeping at worst. After nearly 55 years and over 800 episodes aired, Star Trek has a lot of baggage that can be intimidating to a newcomer. The Abrams reboot in 2009 tried to wipe the slate clean but was still bogged down by decades of cultural knowledge, with even Trek casuals expecting to hear phrases like “beam me up” and “I’m a doctor!” It found itself trying to appease multiple groups of fans and ultimately thrilling few.

And yet, despite its deep dives into Star Trek lore, Lower Decks can still be a great entryway for new fans in how it chooses to subvert so many long-time franchise tropes. Both newcomers and hardcore Trekkies get to be on the same page when it comes to the all-important question: What comes next?

In that vein, “Mugato, Gumato” is a fun ride. The main plot revolves around the re-discovery of a rare species only previously seen in a rather forgettable TOS episode, with the USS Cerritos charged with finding out how the animals got so far from their home planet. It’s not the most thrilling adventure on the surface, which makes it a perfect assignment for the crew of the lower-tier ship. Boimler and Rutherford are assigned to the away team, which would normally spell doom for a pair of chronically unlucky ensigns. 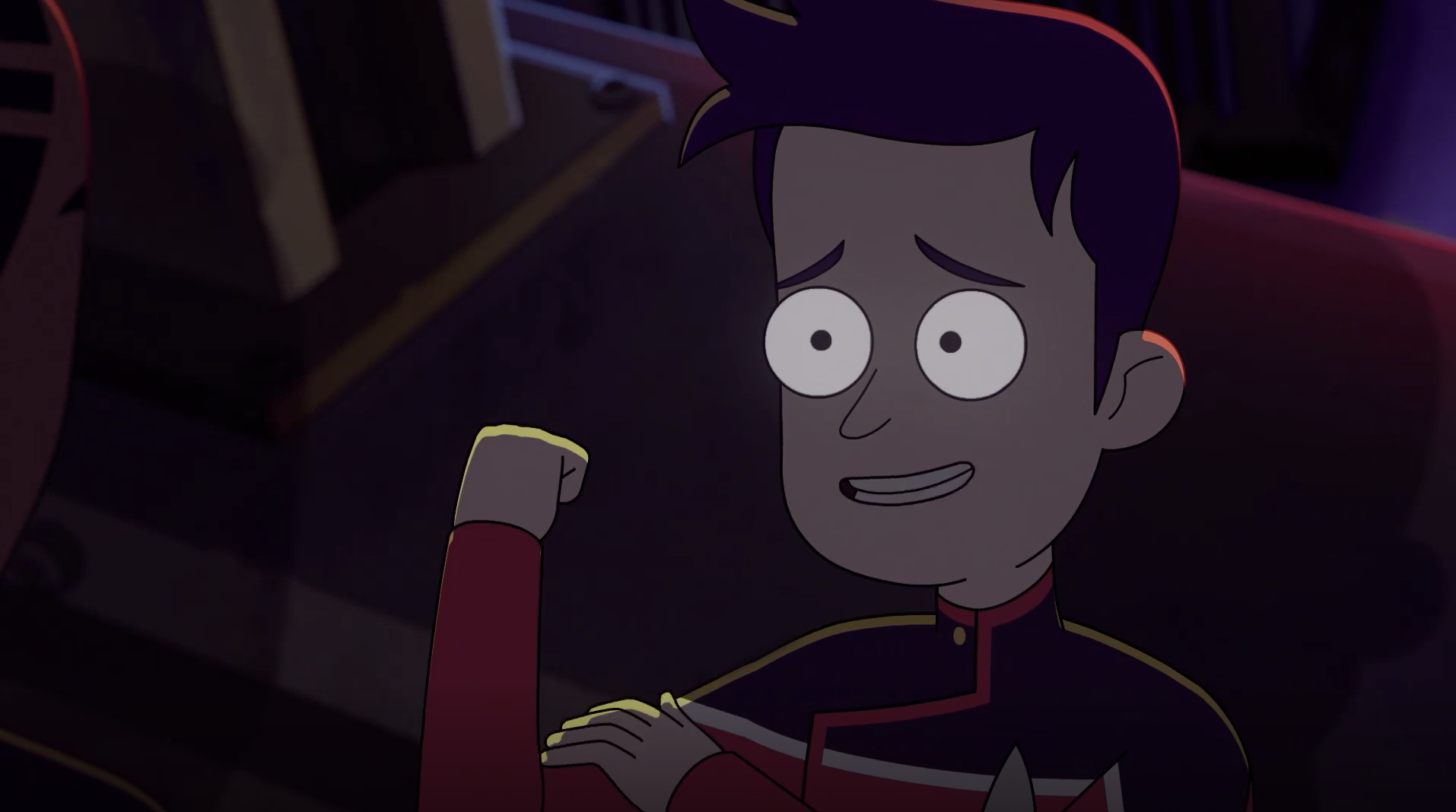 Instead, the rest of the group is captured by a group of Ferengi poachers, leaving Brad and Sam in the unlikely and awkward position of saviors. But rather than have them step into the role of “action-oriented leading men,” they instead embrace their unique skills as “nerdy supporting characters.” Meanwhile, it’s the captain and bridge crew who get stuck with the b-plot of helping out a stranded trader whose ship they accidentally destroyed.

After Boimler and Rutherford save the day with a well-thought-out PowerPoint (yes, really) it ends up being the senior staff who isn’t fully informed of what happened on the planet. This is in direct contrast to a previous episode where Boimler has pointed out that it’s not their place to know what’s going on. Captain Freeman just shrugs the whole incident off as some “environmentally conscious Ferengi,” apparently unaware of the two ensigns’ key role in getting the ultra-capitalist Ferengi to change their ways in favor of a more profitable path without resorting to violence. 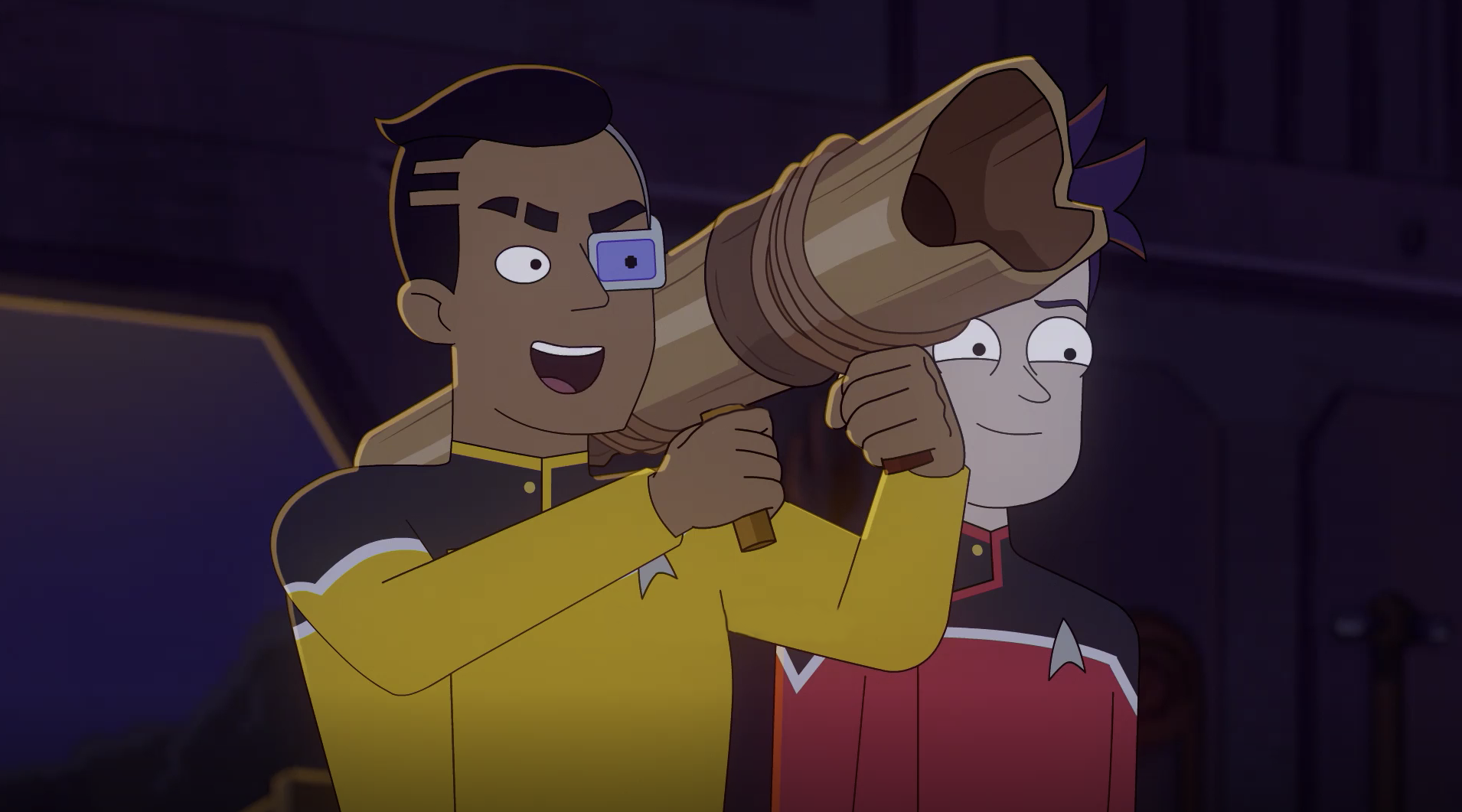 It also ends up being good for continuity, in how it reconciles the two versions of Ferengi we’ve seen throughout the franchise. Here, it argues, they really are the same species in the end, just that the offensive, retrograde Ferengi from “The Last Outpost” hadn’t found a less overtly evil way to make money.

“Mugato, Gumato” may have trafficked in old tropes, but it also twisted them in a way to teach the characters and audience something new about themselves and the franchise. Or, as Boimler and Rutherford would say, “If we’re both unhappy, it means we’ve reached… a compromise!”