Scientists from MIT’s Computer Science and Artificial Intelligence Laboratory (CSAIL) and the University of Calgary have developed a modular robot system that can morph into different shapes. ElectroVoxels don't have any motors or moving parts. Instead, they use electromagnets to shift around each other.

Each edge of an ElectroVoxel cube is an electromagnetic ferrite core wrapped with copper wire. The length of each ElectroVoxel side is around 60 millimeters. The total cost is just 60 cents.

When the polarity of a magnet is changed, the edges either attract or repel each other. That causes the cubes to shift into a different orientation. Printed circuit boards and electronics inside each cube control the direction of each electromagnet's current.

The robots have two basic types of movement. They can pivot around the edge of another cube, or traverse from one ElectroVoxel to the next. A software planner can be used to program reconfigurations. A user can highlight specific magnets, control the speed of cube's movements and ensure they won't collide with each other.

The researchers say possible to control up to 1,000 ElectroVoxels with the software. Users can tell the blocks to shift into different shapes, such as turning from a chair into a couch. They can decide which cube should move in which direction, and the software will determine the electromagnetic assignments needed to carry out the task.

The scientists tested ElectroVoxels in microgravity on a parabolic flight. They found the robots can operate in low-gravity environments. As such, the researchers say ElectroVoxels could be used to alter and create structures in outer space. 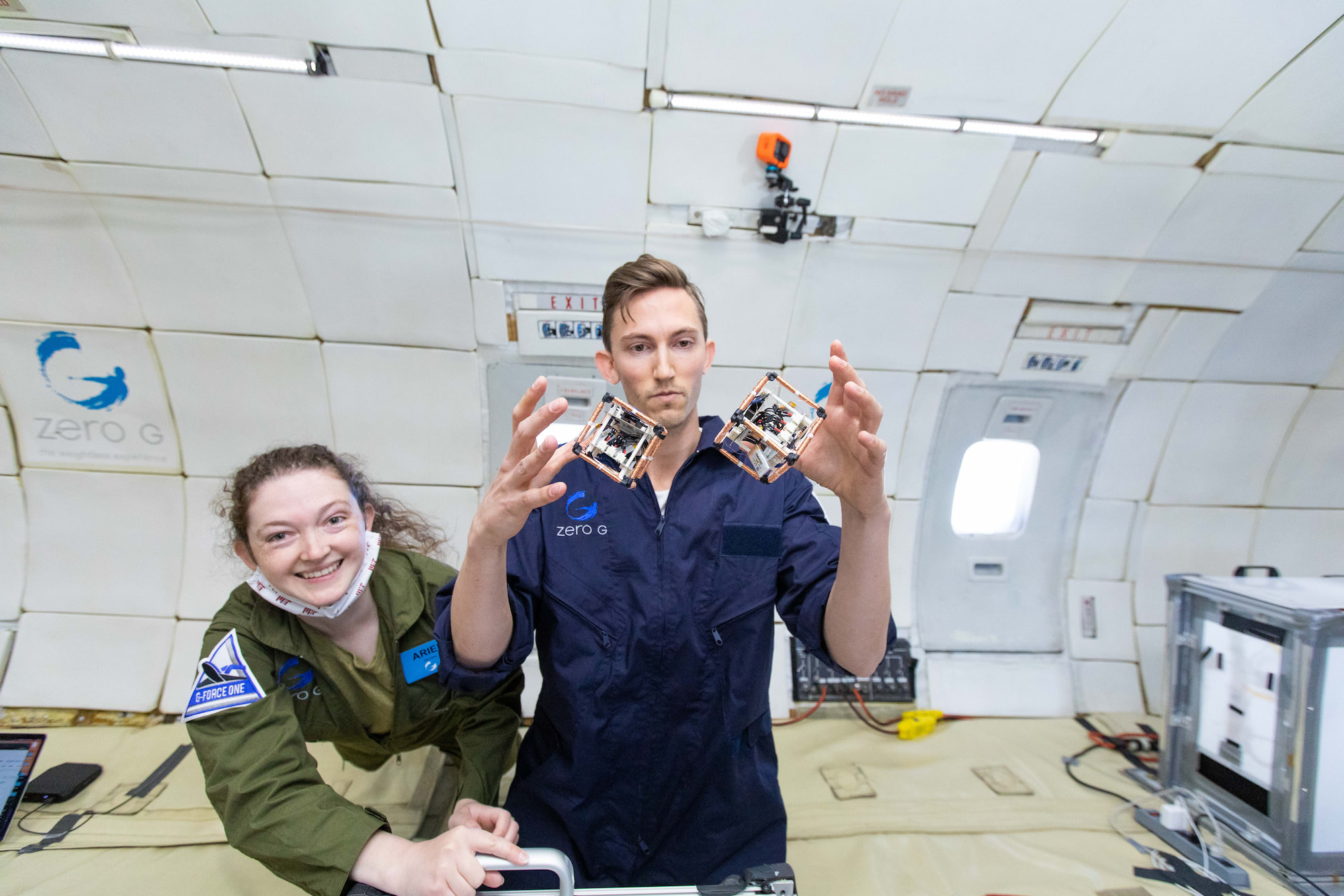 They suggest the robots could change the inertia properties of a spacecraft, which might mitigate the need for extra fuel for reconfiguration. That, the scientists say, remedies many challenges linked with launch mass and volume. They hope the system will eventually enable a range of space-related use cases, such as augmenting and replacing structures over a series of launches, and building temporary structures to assist astronauts and help with spacecraft inspections.

A future version of ElectroVoxels could allow the creation of self-sorting storage containers. However, to allow the robots to more easily reconfigure in Earth's gravity, the researchers say more detailed modeling and optimization would be required.

"While the potential benefits in space are particularly great, the paradox is that the favorable dynamics provided by microgravity mean some of those problems are actually also easier to solve — in space, even tiny forces can make big things move," said Martin Nisser, a PhD student at CSAIL and lead author on a paper on ElectroVoxels. "By applying this technology to solve real near-term problems in space, we can hopefully incubate the technology for future use on Earth too."