Samsung has announced that it has started mass producing what it claims is the ‘industry’s smallest’ 14-nanometer (nm) DDR5 DRAM, offering drastically improved speeds over the previous generation DDR4 RAM (which is what most of our PCs are currently using).

By utilising the pretty awesome sounding extreme ultraviolet (EUV) technology, Samsung has increased the number of EUV layers in its DDR5 chips, allowing them to be smaller, but with a higher density.

This looks set to bring a range of exciting possibilities. For a start, Samsung says its 14nm DDR5 DRAM will be able to hit speeds of 7.2 gigabits per second (Gbps), which is over twice the speed of DDR4, which peaks at 3.2Gbps.

By being smaller and denser, power consumption could be cut by up to 20%, and Samsung also hopes this will improve overall wafer productivity – essentially meaning it should be able to create more usable chips using this process – particularly important whilst we’re in a midst of a global chip shortage.

So, Samsung is making RAM that’s drastically faster, more power efficient and should hopefully be in plentiful supply? Sign us up. 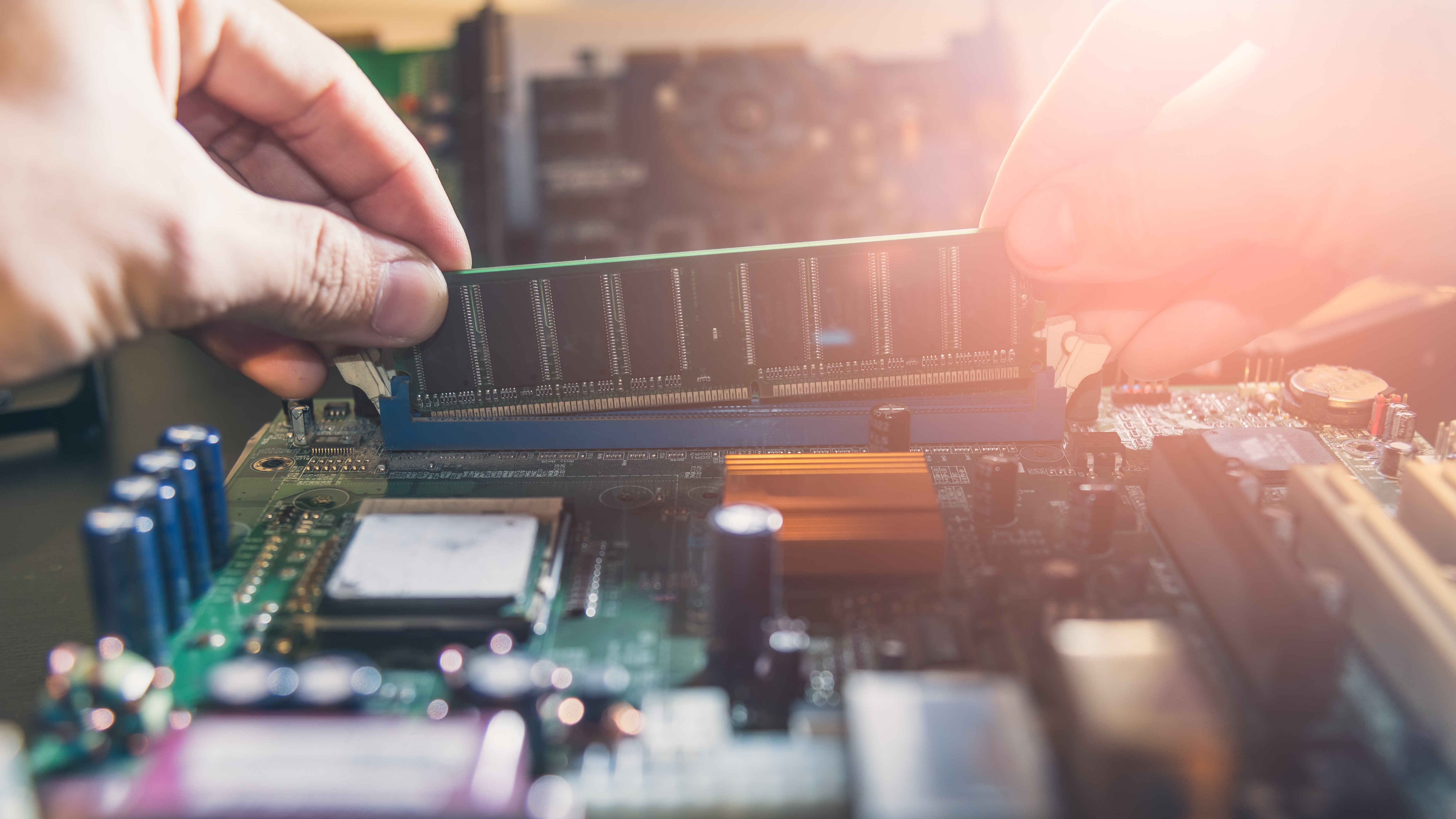 When can I shove it in my PC?

For anyone keen to upgrade their PC with Samsung’s new memory, how soon will they be able to? Sadly, it may be a while. In Samsung’s announcement, the company doesn’t give any consumer release dates.

Instead, Lee talks about how this new memory is helping Samsung to address “the need for greater performance and capacity in the data-driven world of 5G, AI and the metaverse.” So, this memory looks like it will be aimed – primarily at least – at data center, supercomputer and servers.

However, we’d love to see this come in some form to consumer RAM as well.

We are starting to see DDR5 RAM hitting the shelves, however, so that RAM upgrade may not be too far off. However, you’ll need to make sure you have a CPU and motherboard that support the new memory – Intel’s Alder Lake processors will be the first to do so, and we hope to see them before the end of 2021.

Of course, with any brand-new technology, it may be worth holding off for a while. DDR5 RAM will initially be very expensive (plus there’s the expense of buying new processors and motherboards to factor in), and by waiting a while you should see prices drop as more options come to market.

When you’re keen to upgrade, having to wait may be hard, but in this case it could really be worth it.