You might be mistaken for thinking Rode already made headphones. And that’s fair enough, it feels like something the company would already be doing. Yet, here we are with the first set from the Australian brand, the NTH-100. The $150 over-ear headphones might have been a long time coming, but if you’ve been following the company over the last couple of years, you’ll know it’s making a conscious effort to dominate the podcast and streaming world, and that’s who these headphones are aimed at.

At a glance, the NTH-100 seem pretty straightforward. An all-black pair of studio headphones with no Bluetooth or noise cancellation frills. Just a comfortable set of wired cans designed for home studio use. And for the most part, that’s exactly what they are, but Rode has tried to add enough details here to make them stand out in an otherwise busy segment.

Rode states that the drivers in the NTH-100 have been designed for accurate frequency response which makes sense if you are pitching these to streamers and creators. They certainly don’t sound overly loaded at the lower end and the mid-highs don’t artificially stand out which can often be the case in this category.

In fact, the NTH-100 sound surprisingly neutral. I was expecting them to be weighted toward… something, but they don’t seem to be doing much to the source material at all. I’ve worn them for everything from Zoom calls to Podcast recording and of course endless music listening and they serve each of these purposes well. I particularly like them for monitoring. I’m not sure why, but my dull voice seems to be accurately dull when I listen through these and I appreciate their honesty (it allows me to better spice it up at the edit stage, which is the whole point). 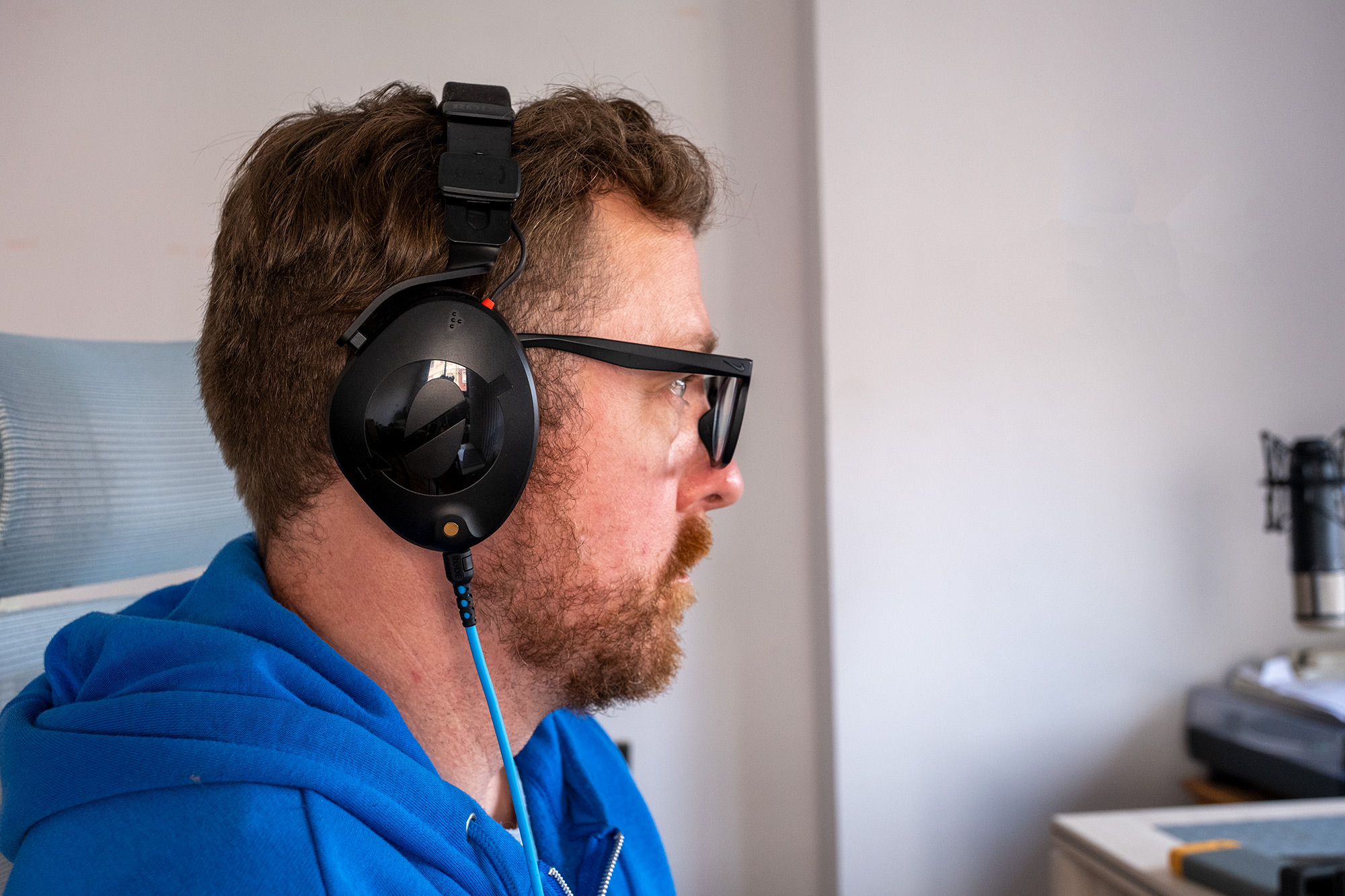 They also aren’t distracting to look at and that’s no bad thing. Bar the small circular gold Rode logo the only other aesthetic detail is the overly large “Ø” debossed into the side of each matte earcup (in gloss). It’s a little too large for my taste and feels a little conspicuous in an otherwise understated design but given it’s also black it doesn’t spoil their discreet look too much.

Neutral and discreet is cool and all but surely there’s a little seasoning here to make them interesting? And there is, mostly in their comfort. The Alcantara covering on the earpads feels luxurious, but it’s the “CoolTech” gel underneath that is the real treat. Rode states that this makes them colder on the ears and thus reduces wearing fatigue. I was skeptical, but when I put them on they really do feel noticeably chilly and that makes a big difference. Given these are aimed at editors, creators and streamers it’s entirely possible you’ll be wearing them for longer stretches so details like this can make a difference.

Likewise, a clever detail called “FitLock” removes the need to adjust them every time you put them on. Once you have them set just right, there’s a locking clip that will prevent them from accidentally re-adjusting them every time you handle them. It actually took me a little bit to get used to the idea that I might not have to check if they are positioned right every time I put them on.

Given that you’ll likely be wearing these at a desk, Rode saw fit to make sure you can attach the cable on either side. It’s a small detail, but one that can quickly induce buyer’s remorse if you have to decide between reorganizing your desk to have your audio interface on the other side or dealing with awkward cable spaghetti. 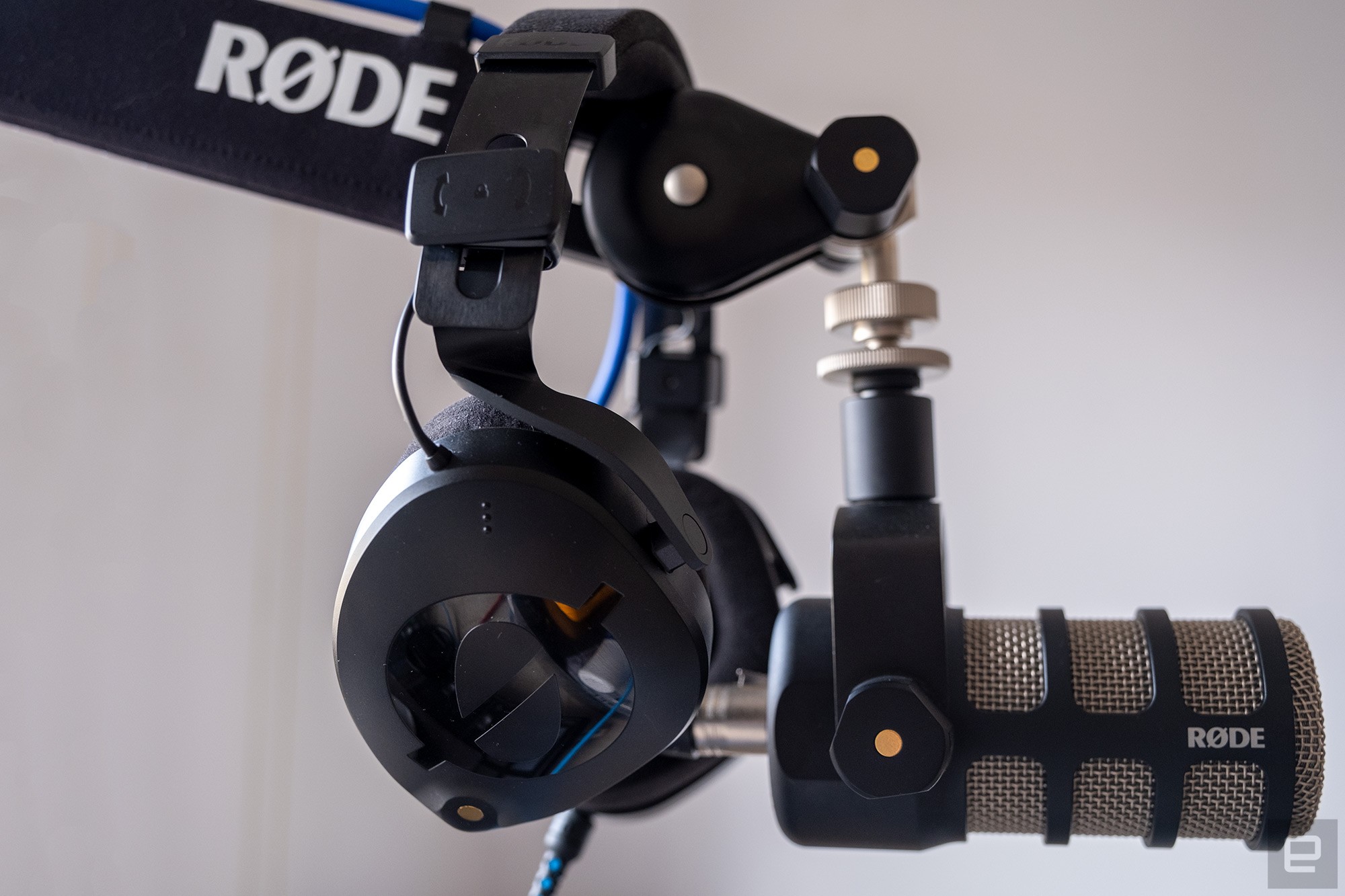 What’s less of a surprise is that Rode has designed the NTH-100 to slot right into its existing creator ecosystem. If you own a Rodecaster Pro or use Rode Connect or maybe just bought the “Colors” accessory for your NT-USB Mini you’ll know that the company is centering a lot of its products around multi-person podcasting and streaming and including colorful ways to mark which microphone (or headphones) belong to which audio channel and/or host . The NTH-100 are no exception with color tags included in the box.

If you want to take that a step further, or merely want to customize them a little so they’re not entirely black you will also be able to buy replacement cables in each of Rode’s four bright chosen colors. That’s an extra spend though of course.

All in all for $150 everything feels decidedly more expensive. The plastic material on the earcups might not be the most luxurious, but the overall build and sound quality should make them an appealing choice for those looking for something comfortable while getting some work done.

The NTH-100 are available starting today.