Companies like Razer, Alienware and Asus ROG have been offering laptops with RTX 3080 and 3070 GPUs inside for a while now, but over the summer NVIDIA launched a pair of upgraded desktop cards: the 3070 Ti and 3080 Ti. Now, the company is bringing the “Ti” brand over to laptops.

The 3080 Ti will be available in laptops priced $2,499 and above. NVIDIA says it’s faster than last generation’s Titan RTX desktop card, and will be able to play (unspecified) games with 1440p ultra settings at over 120 fps. It also features 16GB of GDDR6 clocked at “the fastest ever seen in a laptop.” Exact details beyond that haven’t been shared yet, but the first 3080 Ti laptops will be available in February, so we won’t have long till we find out exactly what they’re capable of. 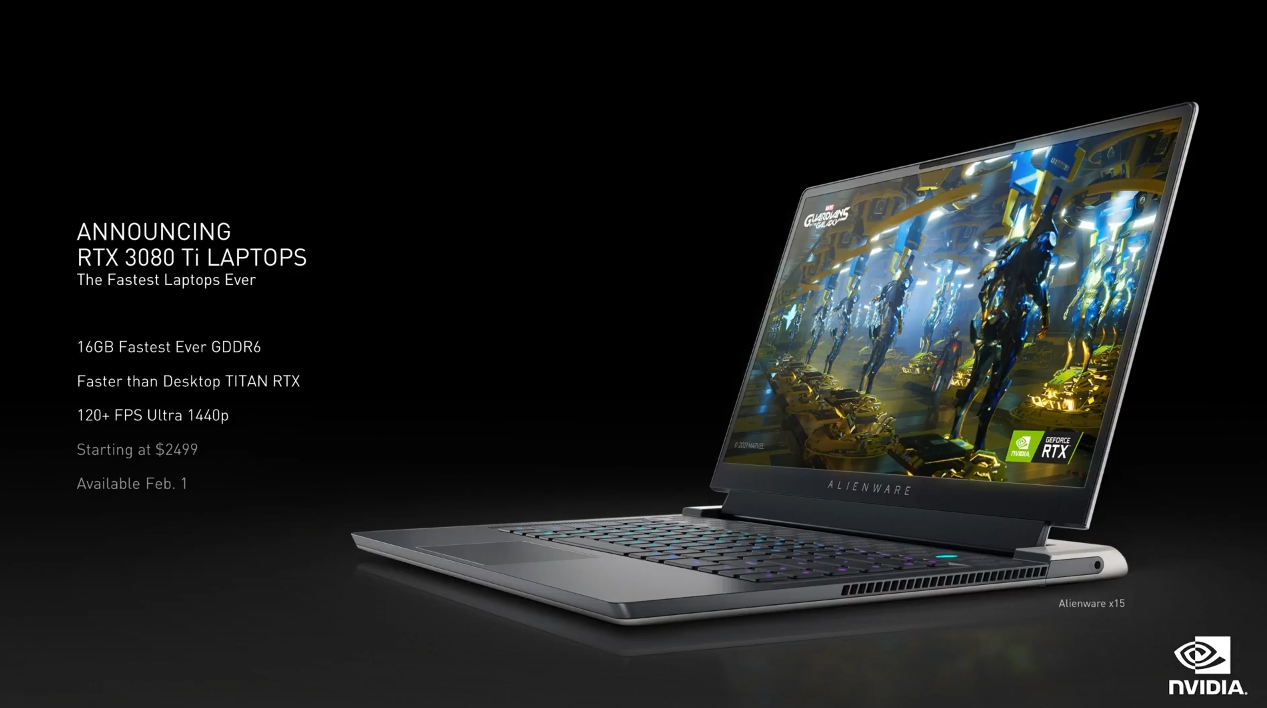 The 3070 Ti will be available in laptops priced $1,499 and above. NVIDIA says this one is “70 percent faster than the RTX 2070 Super laptops,” which isn’t a particularly helpful figure but hey-ho. It’ll apparently be able to run 1440p games at ultra settings at 100 fps, and, again, will start appearing in laptops in February.

Finally, NVIDIA announced some new technologies for Max-Q laptops, including an AI CPU Optimizer which can control the frequencies and power draw of certain Intel and AMD "next-gen" CPUs, Rapid Core Scaling which can turn off some GPU cores while boosting the frequencies of others for productivity tasks, and Battery Boost 2.0, which will tune both your game and your hardware to apparently improve gaming while on battery. NVIDIA claims that last one can increase your battery life by 70-percent, presumably at the expense of in-game performance.and fidelity. 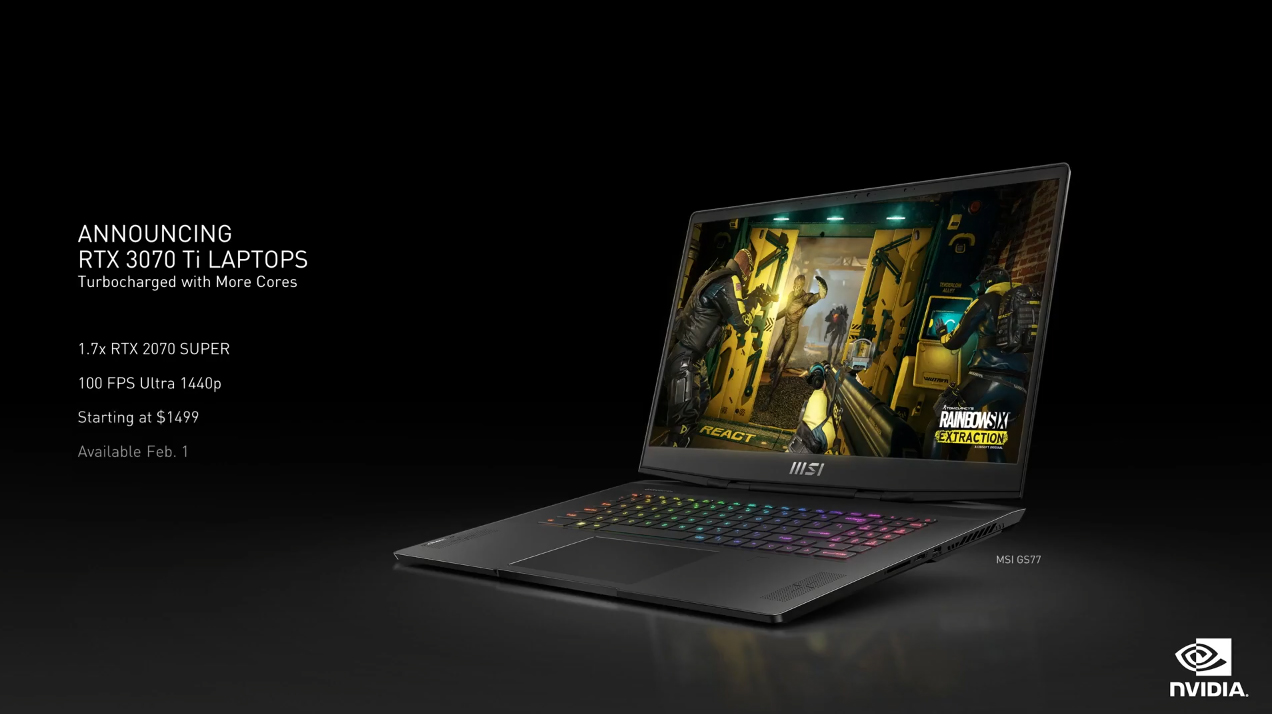 Follow all of the latest news from CES 2022 right here!