In a rumor by MyDrivers, it is reported that NVIDIA's GeForce RTX 4090 gaming graphics card has been in high demand but despite that, the company has decided to shift its production capacities to meet the demand for Hopper H100 AI GPUs which are a more lucrative business for the chip-maker at the moment.

The NVIDIA GeForce RTX 4090 was retailing at around $2000 US in the Asian markets but since launch, the price has started to hike up and currently sits at around 20,000 RMB or $3000 US. It looks like Asian Pacific customers have to pay a $1400 US surcharge and even then, they have to wait for the cards to actually be in stock since most are already "Out of Stock".

Even in the US, the same scenario can be seen as several major outlets have been "Out of Stock" for the last few days and are yet to replenish their supply of GeForce RTX 4090 graphics cards. This may indicate that NVIDIA and its partners produced just enough quantities to last a few days after launch and we'll have to wait a while before we get to see new supply. 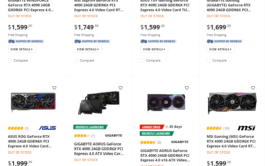 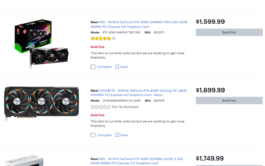 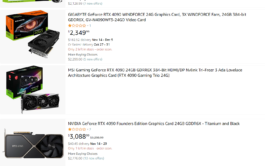 NVIDIA was already rumored to accelerate the production of its Hopper H100 and Ampere A100 GPUs last month and it looks like they are getting more aggressive by using the production capacity of their top gaming GPU for the AI chips. Although NVIDIA has suspended sales of their high-end AI GPUs in China, they have up till September 2023 to fulfill all current orders. 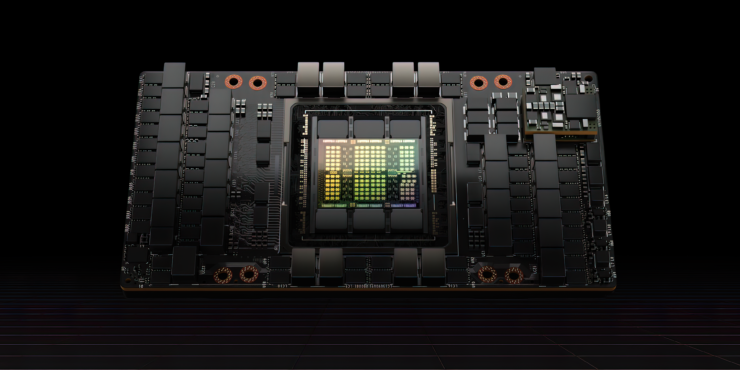 The NVIDIA Hopper H100 GPUs can also be supplied through Hong Kong before 1st September 2023 so it looks like there's at least 1 year of time given to customers to finalize their orders with NVIDIA. The orders will be fulfilled within 2-3 months starting with the latest batch of GPUs compared to the 5-6 months it took previously.

But in the meantime, this would mean that NVIDIA's GeForce RTX 4090 Gaming GPUs will be the main affectee as the card may end up short in supply and the stock that would be available will be priced crazy high.