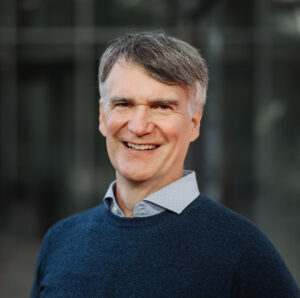 Intelus emerged from stealth mode Tuesday to launch an open beta of its new machine teaching platform, Duet, which offers a graphical user interface to create AI models from unstructured data without writing code or requiring advanced data science tools. The models can then be used to classify and extract data from text.

It’s the first step in the company’s larger plan to make artificial intelligence more accessible to a wider set of businesses and organizations. Simard led the Machine Teaching group at Microsoft before leaving to pursue the vision with his own startup, after the Redmond tech giant decided to double-down on deep learning instead.

Although Intelus is starting with text, it can expand over time to images and signals. It’s initially targeting developers, but Simard envisions expanding over time to serve technology enthusiasts and information workers.

The vision is to enable anyone to “teach what they do to the machine,” Simard said.

About 15 people work for Intelus currently, including seven full-time employees, in addition to vendors and interns. Simard is self-funding the company for now. Intelus was founded a year ago, in November 2020.

In addition to Simard, the company’s co-founders include Gary Flake, the former Yahoo vice president who founded Microsoft Live Labs in 2005. He later launched and led Seattle startup Clipboard, acquired in 2013 by Salesforce, where he was CTO of search and data science. Flake is on the Intelus board and is an active advisor.

Simard and Flake worked together previously at Microsoft, where Simard was chief scientist for Live Labs, growing the research team there to more than 50 people.

Other co-founders include Riham Mansour, Intelus chief product officer, a natural language processing expert and former Microsoft engineering director known for her work on Microsoft’s Language Understanding Service (LUIS). She was nominated for “Woman of the Year 2021” in the World Business Analytics Awards by the The Fisher Center for Business Analytics at the UC Berkeley Haas School of Business.

Seattle technology veteran Amit Mital was also a co-founder. Mital has since taken a role as a special assistant to President Biden at the White House, focused on cybersecurity, and senior director at the National Security Council.

In a case of unfortunate timing, destined to be the subject of a future startup war story, Intelus launched Tuesday only to see its main website taken down temporarily by the widespread Amazon Web Services outage. The company’s Duet site remained live, however, and as of Wednesday morning, Intelus.ai is back online.