Razer is working on its brand new Blade 18 Gaming Laptop which has seemingly leaked out within the Geekbench 5 database and features a 24-core Intel Core i9-13900HX CPU.

Currently, Razer offers its Blade Gaming laptop range in three flavors, the Blade 14, Blade 15, and the Blade 17. The Blade 17 is the highest-end configuration that can be configured with a 12th Gen Intel Core i9-12900H CPU and an NVIDIA GeForce RTX 3080 Ti GPU. The laptop houses what Razer calls an "Ultra-Efficient Vapor Chamber Cooling" that provides cooling to both the CPU and GPU.

But it looks like Razer is dialing up things a notch with its next-gen Blade design. Leaked within the Geekbench 5 database is the Razer Blade 18 which as the name suggests, would support an 18-inch panel, and based on the specifications mentioned, the laptop will be packing some insane tech.

The CPU for this next-gen laptop design is said to be the 13th Gen Intel Core i9-13900HX & that's the flagship chip that the blue team will have on offer later this year. The CPU rocks a total of 24 cores, 32 threads, a base clock of 1.8 GHz, and a boost clock as high as 5.4 GHz. The CPU carries 36 MB of L3 cache and will have a TDP of around 55-65W (PL1). This will be the highest core count chip ever designed for the laptop segment and confirms that Intel isn't just sticking to its 14-core or 16-core counts featured on the existing 12th Gen parts. 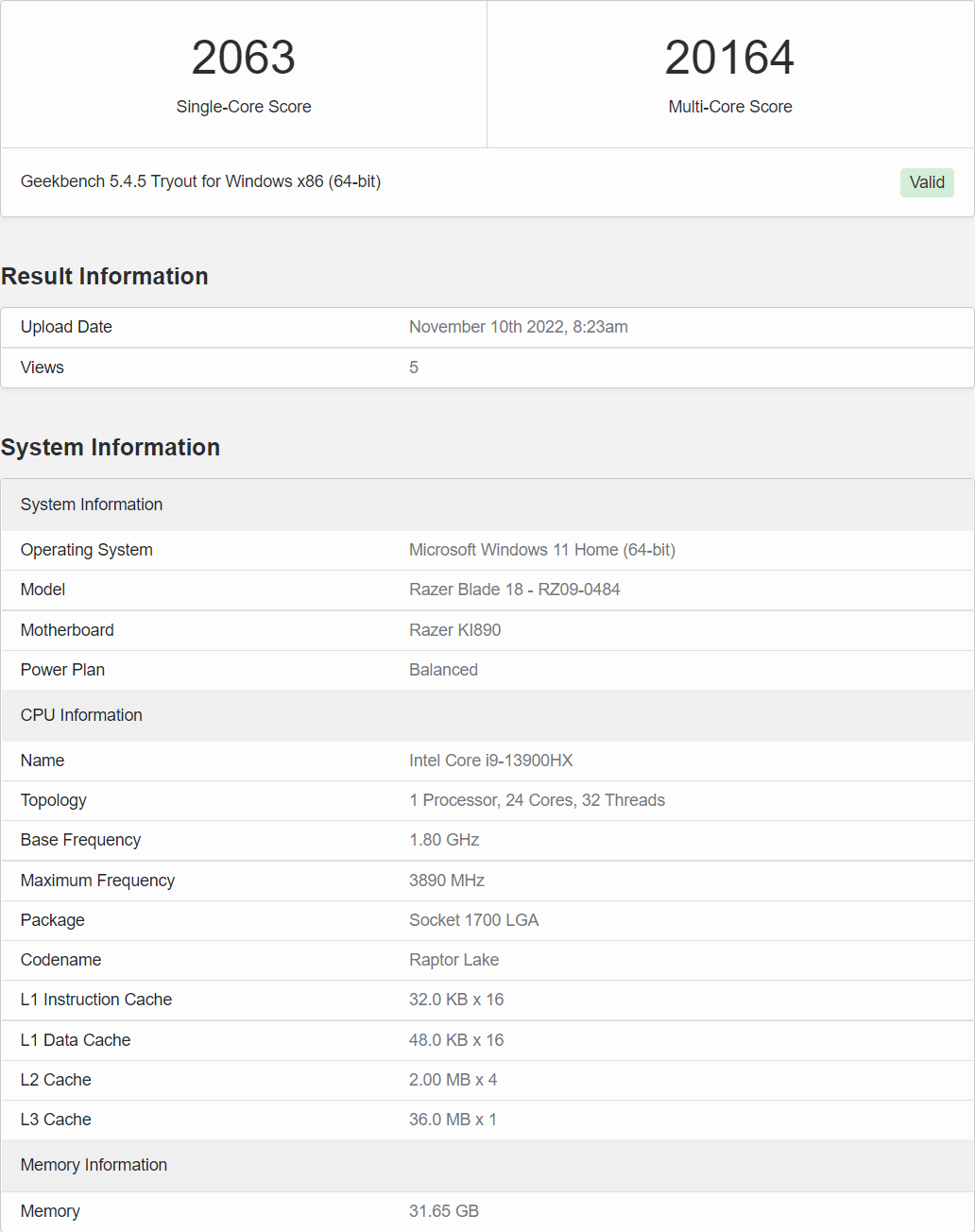 There's no GPU mentioned and we are most likely going to see some sort of NVIDIA GeForce RTX 40 series laptop chip in here. But since none of that is mentioned yet, we don't want to speculate much unless we get more information.