Microsoft has built a new media playback app for Windows 11 to supplant both Windows Media Player, which hasn't really changed since 2009, and the Groove Music app. Windows Insiders can start testing the creatively named Media Player for Windows 11 now.

The app is designed for both music and video playback. If you've been clinging onto the Groove Music app to manage your library of tracks, even after Microsoft axed Groove Music services in 2017, you'll be able to update it to the new Media Player. Your library and playlists will automatically migrate over, as Gizmodo notes. 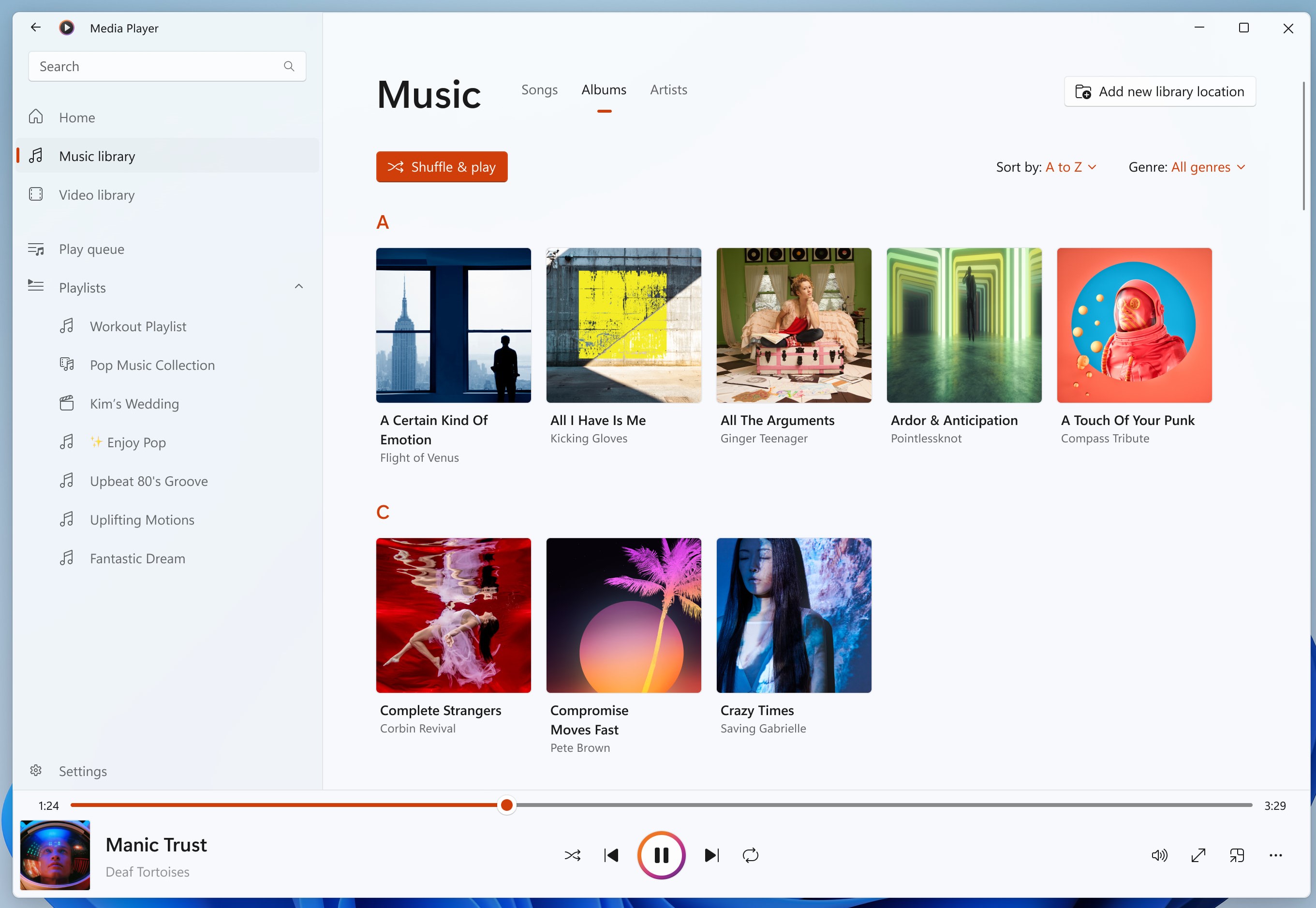 Microsoft says users will be able to quickly browse their library to find what they want to listen to, and create and manage playlists. During playback, you'll see album art and "rich artist imagery" in both full screen and mini-player modes. The app will add files from your PC's music and video folders too. Through the settings, users can tell Media Player where else to look for things to bring to the library.

There are accessibility-focused options in the app too. Microsoft says those include "improved keyboard shortcut and access key support for keyboard users and with other assistive technologies."

Media Player currently has a couple of issues, Microsoft notes, including ones that affect playback from some network locations, editing album metadata and library content with accented characters. You'll still be able to access the old version of Windows Media Player through Windows Tools.

Of course, the Media Player design reflects the clean aesthetic of Windows 11. The app looks nice and it's the cherry on top of a long, long-awaited overhaul of Windows Media Player. It's a bit of a shame that Microsoft chose such a boring name for the new app, but at least users shouldn't be confused about what it does.