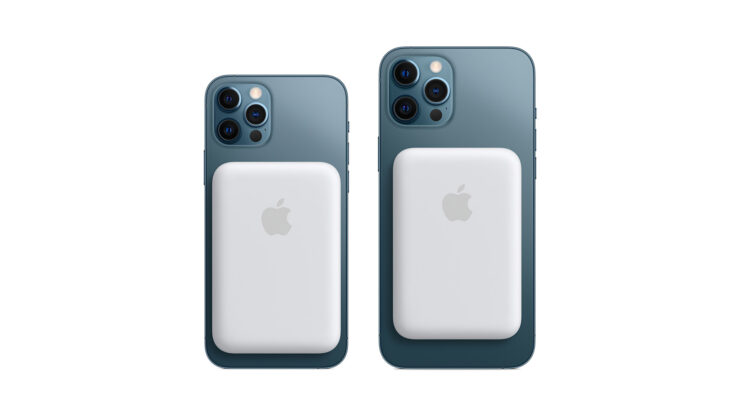 Apple's MagSafe technology was introduced with the launch of the iPhone 12 series and it has gained several utility-based accessories since then. Moreover, third-party accessory makers also made sure to utilize the new magnets arranged in a concentric circle. However, the initial prototype of the MagSafe battery pack was a little different than the final product. According to images shared on Twitter, the MagSafe battery pack prototype featured a glossy plastic housing and rear LED. Scroll down to read more details on the subject.

The images of the MagSafe battery pack prototype come from the Twitter account @ArchiveInternal, showing a version of the accessory which was different than the final product. As mentioned earlier, the MagSafe battery pack was housed in a glossy plastic body with identifier information printed on the side. In addition, it was also equipped with an LED and no embossed MagSafe alignment ring. Nonetheless, it did show a mild circular print that indicates the presence of MagSafe technology.

The placement of the LED light is very peculiar as it would be obscured when attached to the iPhone. Nonetheless, we can presume that the prototype was used for internal testing. This could be the reason why Apple moved it to the side of the battery pack. The MagSafe battery pack was expected to launch for some time after finally launching in July of last year. Users have mixed feelings regarding the use of the MagSafe battery pack as it significantly protrudes on the back.

A prototype MagSafe Battery Pack. This unit has a side engraving and seems to be missing the fabric that is usually found on the front of these devices. There also seems to be a status LED on the front, a placement that didn’t make it to production (on bottom). #AppleInternal pic.twitter.com/eiSQ7oNzAQ

Nonetheless, we will see Apple improve its functionality and enhance charging capabilities in the future. We will share more details on the accessory as soon as further information is available. How is your experience with the MagSafe battery pack on iPhone 12 and iPhone 13 series? Let us know in the comments section below.