Lenovo has become a big name in gaming over the last few years, starting with its Legion laptops before eventually breaking out into the gaming phone space. Now it seems the company is considering a move into handheld games consoles, with the unannounced Legion Play.

A user over at GBATEMP spotted the new device in Google Images, but when you click the source link for the photos, it returns an empty page on Lenovo's site. But after inspecting the source code for the page, the folks over at Liliputing were able to find some details about this unknown gaming console.

The Legion Play looks like a conventional handheld, with the controls almost identical to the Nintendo Switch. The most interesting thing we learn from this image is what software this device is running — Android. While the UI is heavily customized, again resembling the homescreen on the Switch, we see the Google Play Store sitting in the bottom dock, meaning this should be capable of running Android games like Knights Of The Old Republic, Genshin Impact, or any other mobile game you can think of. Best of all, though, you'd be able to install Google Stadia and use that to stream PC quality games right to the Play. Geforce Now is also seen on the homescreen, so it would be available if that's your platform of choice. 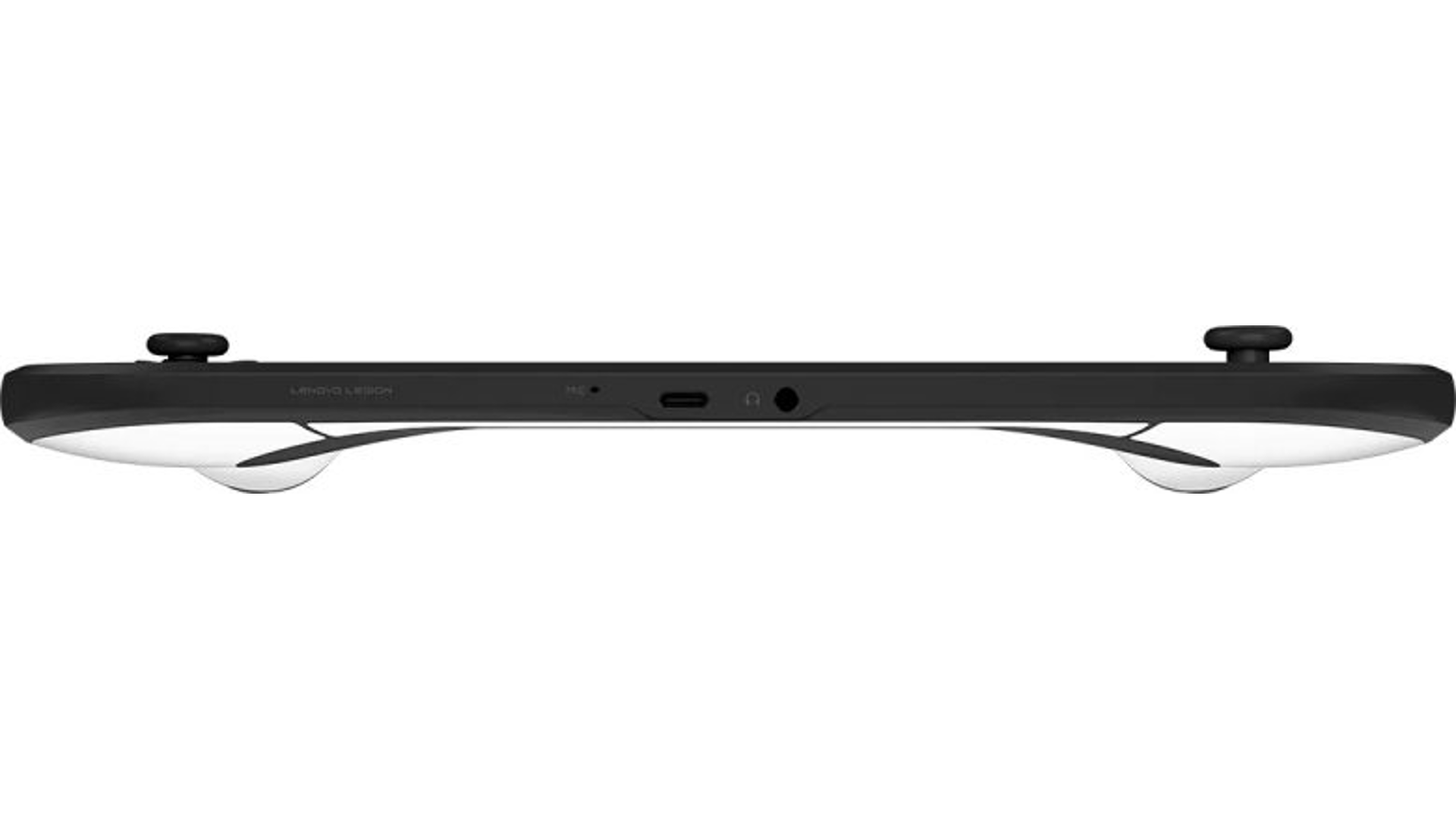 At the bottom of the device, we see a USB-C port and headphone jack, which is pretty standard for something like this. As well as finding these images, Liliputing also found a brief description from Lenovo:

While I wouldn't describe what we see here as bezel-less, the other specs sound great. A 7-inch, 16:9, 1080p display with HDR10 is impressive, especially when you compare it to the Steam Deck or Nintendo Switch OLED, which are limited to 720p with no HDR support. Battery life should be decent, with the battery being significantly larger than the 4310mAh cell found in the Switch OLED. The Legion Play also houses dual speakers and dual vibration, so the gaming experience should be pretty solid.

Sadly, we don't know if the Legion Play will ever be released. It was supposed to be unveiled during MWC back in July, but it wasn't even mentioned, and the only reference we can find is the images and marketing blurb buried in the source code on Lenovo's website. Maybe the Play wasn't ready yet, or maybe the chip storage meant that Lenovo could not produce enough to put on sale. Whatever the reason, I hope Lenovo can release the Play in some form in the future because it looks promising as a contender to other handheld consoles on the market.