It's only a few days until Google's big Pixel event, where the company will show off the Pixel 7 lineup as well as the first flagship smartwatch it designed in-house (outside of Fitbit, anyway). Leaks and rumors have provided some hints about the Pixel Watch's features and specs. The latest leak might be the biggest one to date. It seems an Amazon listing for the Pixel Watch went live early in Germany — the Pixel Watch is set to go on sale just after Google's October 6th event.

Images and details shared by leaker OnLeaks on the Slashleaks forum (as spotted by 9to5 Google) indicate there will be at least four band designs in a number of colors. They appear to include a silicon design in black, gray, eggshell white and green and silver (the images aren't super high-res), as well as a braided one that comes in orange, green and black. It seems there are two leather designs as well. 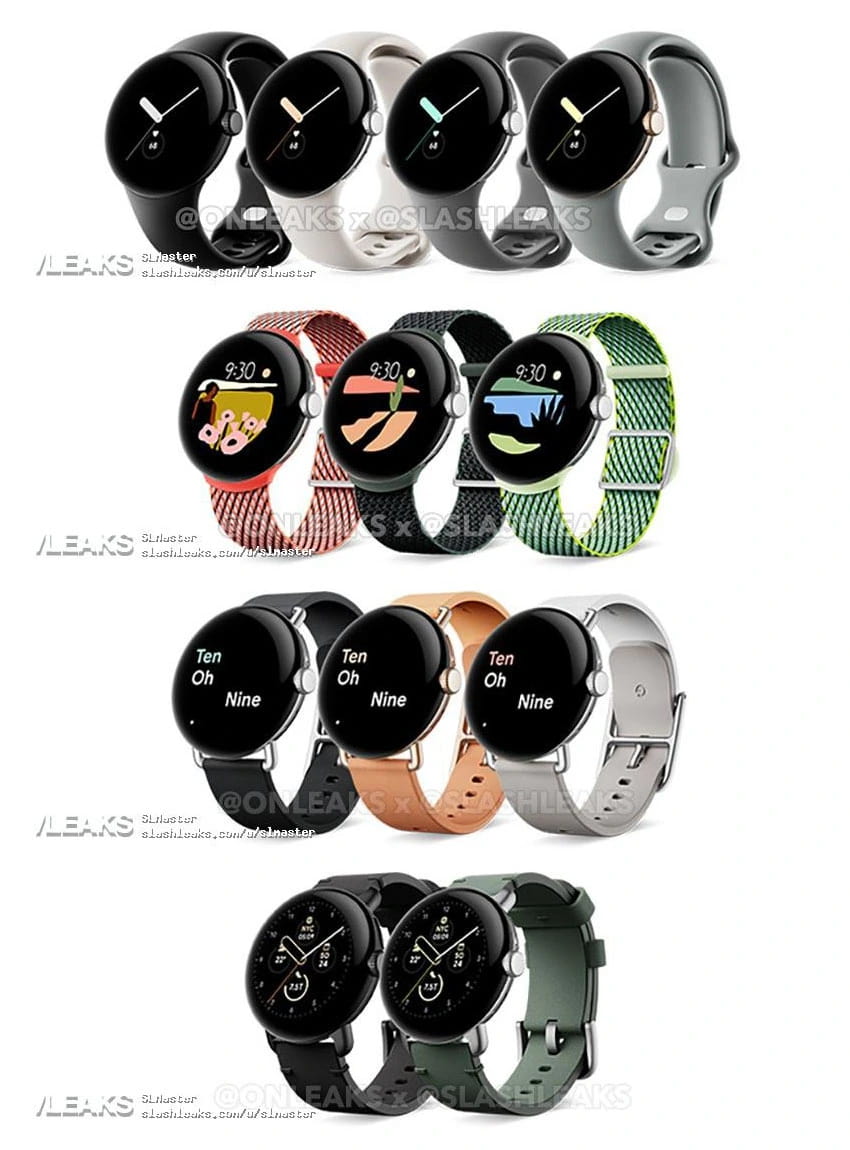 Beyond that, the images offer a look at some of the Pixel Watch faces. These include an analog-style watch face that includes the wearer's heart rate, ones with artistic landscape designs and another that spells out the time in words. Other images offer peeks at the Pixel Watch's Fitbit integration, a step counter, electrocardiogram (ECG) readings, an emergency call function and Fast Pair support. 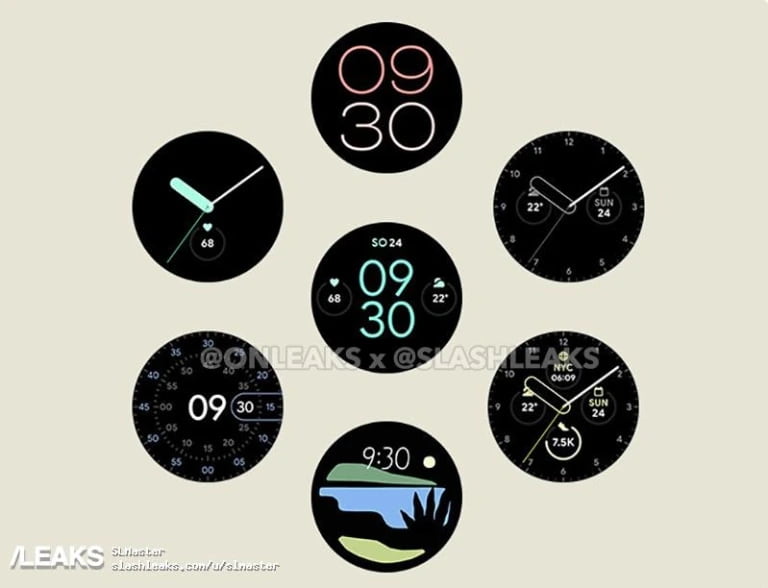 In addition, the Amazon listing, which has since been removed, suggested that users will receive six months of free Fitbit Premium access. Fitbit typically gives buyers of its smartwatches the same perk, but it's not yet clear whether Google will do the same with the Pixel Watch in all regions. The listing also indicated that the Pixel Watch will connect to the Google Home app, and have 5ATM water resistance and a Corning Gorilla Glass display. The device is also said to have an Exynos 9110 processor and a day-long battery life.

Screenshots of the listing indicate that a WiFi version of the Pixel Watch costs €356.79 (around $349) in Germany. Previous reports suggested the WiFi model would start at $350 in the US, while the cellular version may start at $400. In any case, we'll get more official details about the smartwatch this Thursday. We'll have full coverage of the Pixel event, including everything you need to know about the Pixel Watch and the Pixel 7 lineup.