There aren't many options when it comes to consumer 360 cameras these days, so when Insta360 launched its more powerful One RS modular camera back in March, I was a little disappointed with its 5.7K "360 Lens" option — basically on par with the Sphere, One X2, One R and the One X. Don't get me wrong, they all do well for their form factors (not to mention the computational improvements), but after three years or so, it's about time for a major upgrade. As it turns out, Insta360 was saving its "one more thing" for today: a "1-inch 360 Edition" One RS co-branded with Leica.

As the name implies, this new kit comes with a chunkier 360 lens module powered by two 1-inch CMOS sensors, and these are capable of capturing at higher resolutions — up to 6K for 360 videos, or up to 21 megapixels for 360 photos. This should guarantee a boost in image quality, especially in low light. This also happens to be the world's first 360 camera to be "co-engineered with Leica," following the two companies' earlier collaboration on the One R's 1-inch Wide Angle Mod. 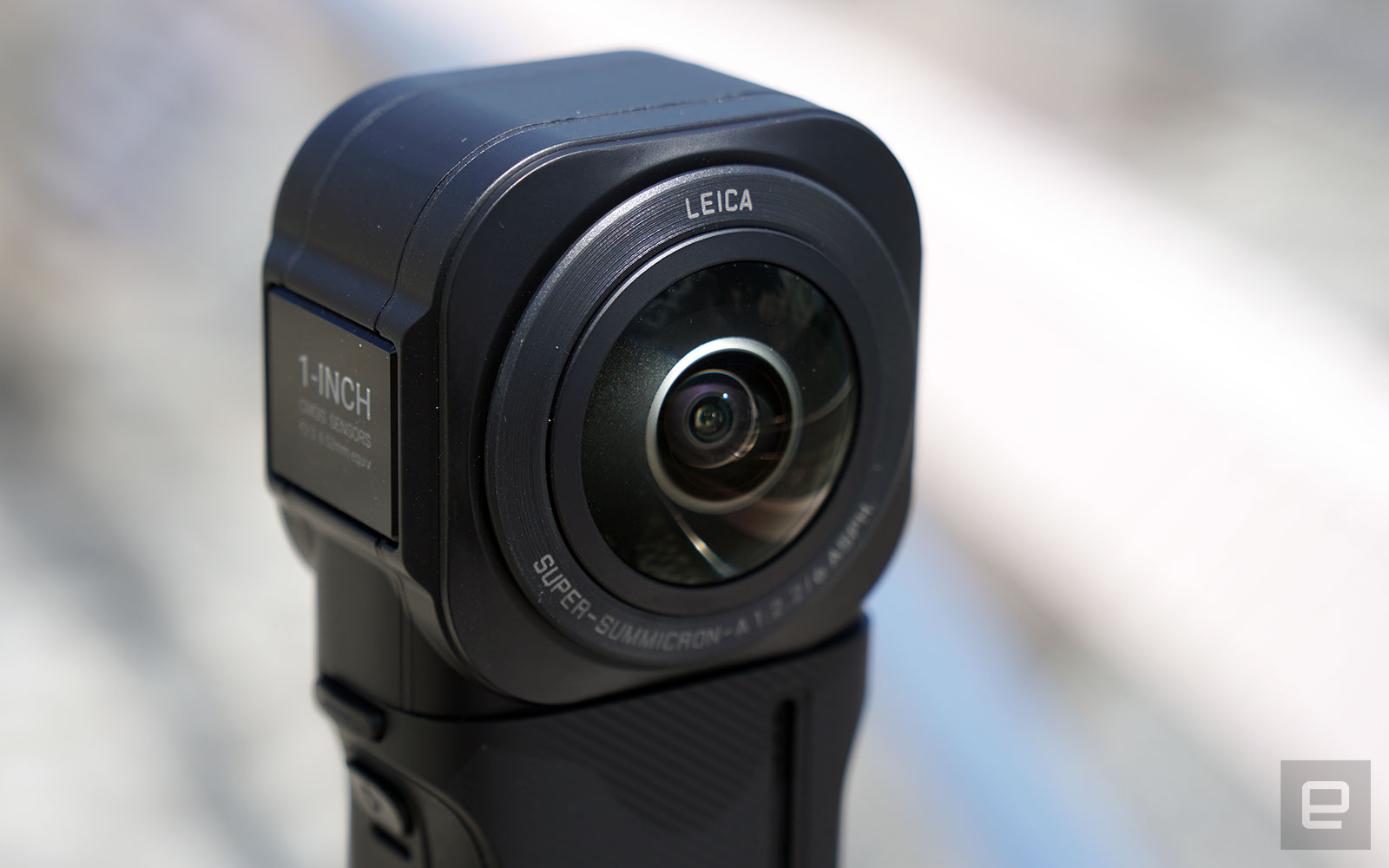 Unlike the regular One RS kit (with either the new "4K Boost Lens" or the regular "360 Lens"), this "1-inch 360 Edition" uses a vertical assembly to accommodate the bigger lens module. From top to bottom: lens, core (with a touchscreen), then a vertical battery.

The One RS core benefits from an upgraded processor to support onboard "FlowState Stabilization" (which is faster than the app) as well as "Active HDR" video capture for action sports. As for battery life, this whole kit is apparently good for up to 62 minutes of [email protected] video recording.

The core and battery are inserted into a housing, which then clips to the lens to secure the entire device (thus enabling IPX3 water resistance, which is good enough for rain and snow). You'll still have access to the 1/4-inch standard screw mount at the bottom of the battery.

To disassemble this kit (especially when you need to access the microSD slot), you'll have to first open the USB port flap on the housing, then press the two clips under the lens to detach. It's obviously best to keep the soft protection case (included) on the lens while doing so. 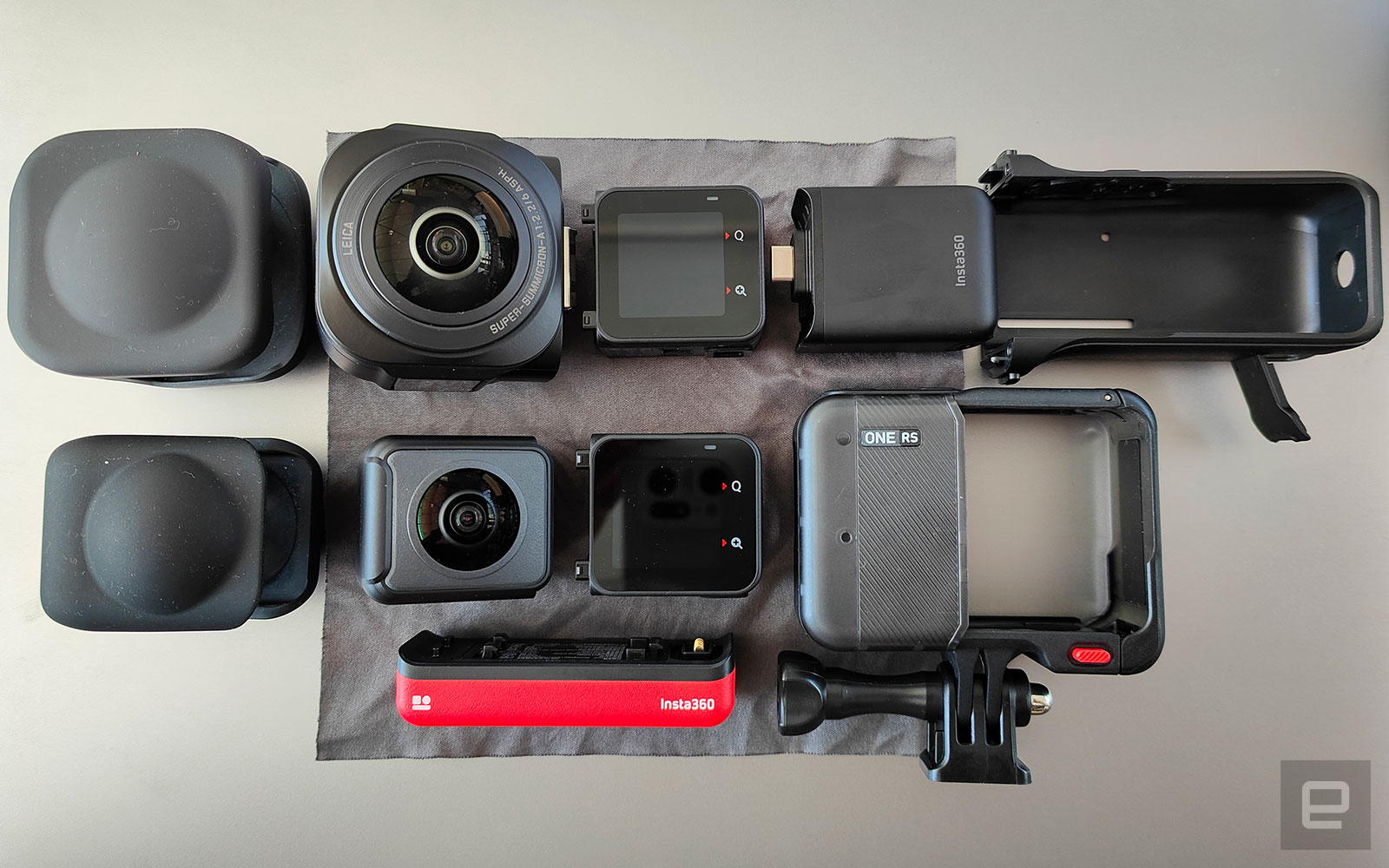 An Insta360 One RS '1-inch 360 Edition' assembly next to another assembly with the regular '360 Lens' module and mounting bracket.

The Insta360 One RS "1-inch 360 Edition" is now available for $800, which is quite a jump from the $549.99 "Twin Edition" (which comes with a "4K Boost Lens" and a "360 Lens" instead). A company rep explained that this new kit is targeting the prosumer market, such as users who want to create virtual tours for museums or real estate properties.

That said, if you already own a One RS, you can buy the same "1-inch 360 Edition" kit sans core for $650, thus saving you $150. This also applies to those who have the older One R, as this lens is backwards compatible.