When Apple announced the upgraded MacBook Pro earlier this fall, the common refrain was that the company was finally giving its customers what they asked for. But while the 14- and 16-inch MacBook Pro updates represent the most obvious case of Apple owning up to (and rectifying) past mistakes, the company has actually been on this course for the last few years. And at the end of 2021, Apple has just about finished replacing some of its most problematic designs.

Reviews of the new MacBook Pro are almost universally positive (aside from the high price points), but it’s still worth recapping just what a big change these laptops represent from their predecessors. Both of the new sizes are thicker and noticeably heavier than the models they replace; for a company that showed an almost fanatical obsession with thin-and-light design over the last decade, it’s a major about-face. But the older, 4-pound, 15-inch MacBook Pro often had trouble staying cool under heavy processor loads, a problem that couldn’t be solved without increasing the laptop’s size and weight. It’s as if Apple remembered it already has the MacBook Air, and that the people buying a Pro are willing to lug around a bit of extra weight for a more capable machine. 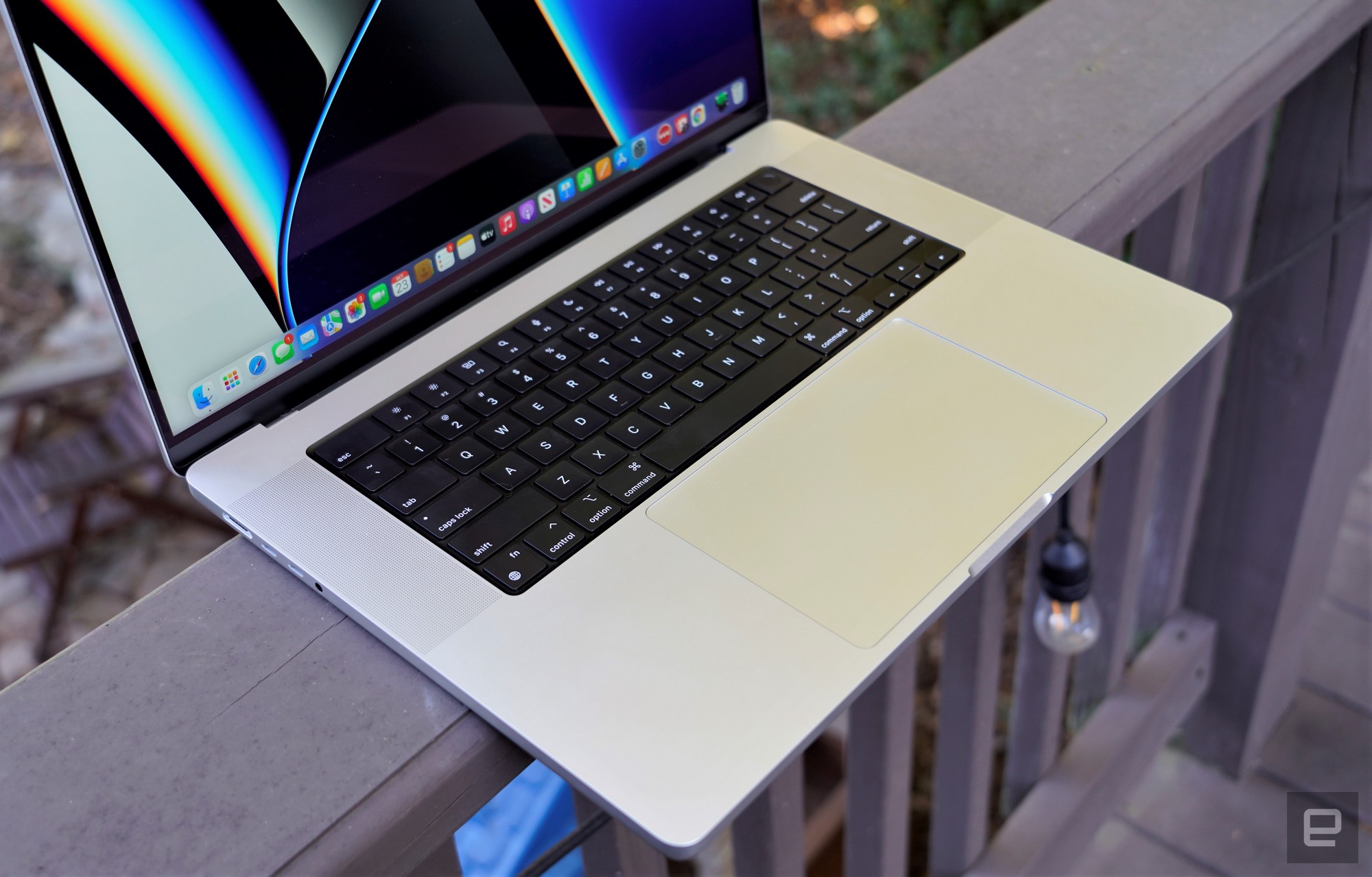 Apple arguably started moving in this direction with a mid-cycle refresh a few years ago. In 2019, the company started banishing the unreliable and uncomfortable butterfly keyboard for a significantly improved scissor-switch model. That revised keyboard arrived on the first 16-inch MacBook Pro. Along with the new keyboard, that laptop was a third of a pound heavier, and larger in every dimension than its predecessor.

That was the first indication that Apple was willing to fix some of the ill-fated decisions it made with the MacBook Pro lineup, which brings us to this fall’s refresh. Users still had a laundry list of things they wanted changing, and Apple largely delivered. The new models brought back the SD card slot and HDMI port that the company removed in 2016. The MagSafe charging port, one of Apple’s smartest innovations, also made a comeback. Finally, Apple replaced the Touch Bar with a standard row of function keys.

Of course, Apple only deserves so much credit for fixing self-inflicted wounds. But it feels like the company has a much clearer vision of what the people shelling out (at least) $2,000 for a MacBook Pro actually want. And beyond simply fixing earlier mistakes, the Apple-built M1 Pro and M1 Max processors offer massive performance gains and better battery life. Add in an outstanding new display and excellent keyboard and MacBook Pro buyers have a lot to look forward to. The fact that these computers are thicker and heavier than the ones they replace will barely be a consideration for most, especially since bigger laptops have space for things like extra ports, larger batteries and better cooling systems. 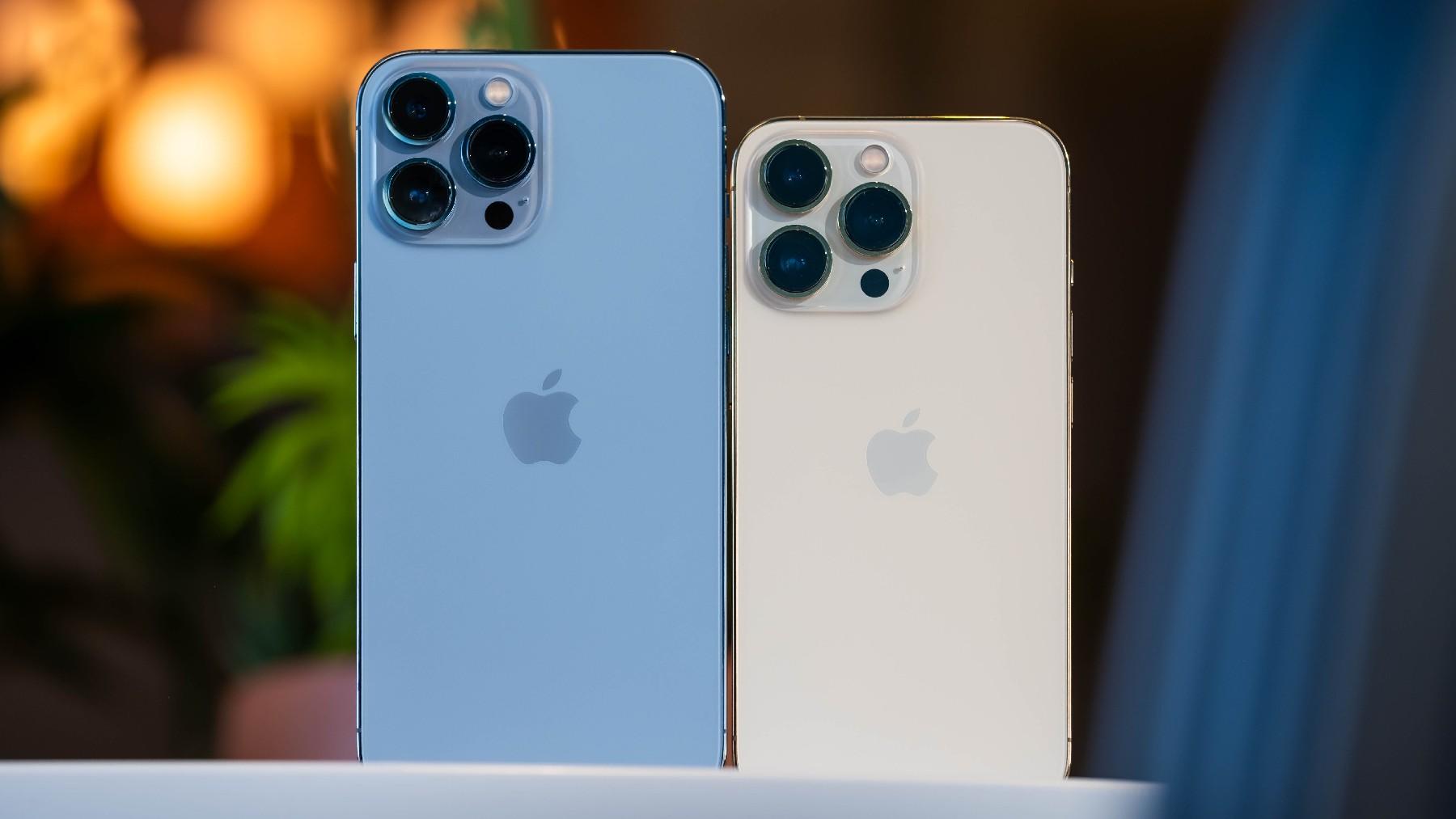 While the MacBook Pro is the obvious example of Apple giving the people what they want this year, it’s not the only one. Take the iPhone 13 launch. The company once again released two standard models and two “Pro” models, just as it did in 2020. In most ways, these phones were iterative updates over the 12 series — but all four phones have significantly better battery life than their predecessors. Improving longevity is an obvious way to make customers happy, but it’s still good news that Apple quickly identified the weak spot with the iPhone 12 lineup and fixed it. Perhaps not coincidentally, all iPhone 13 models are also all a little heavier than last year’s. (They're also imperceptibly thicker, at .30 inches vs. .29 for the iPhone 12.)

Again, though, there’s some recent precedence for Apple putting battery life over a thin-at-all-costs design. 2018’s iPhone XR was a cheaper and slightly less elegant version of the flagship iPhone XS — but its larger screen and thicker body left room for a battery that smoked the “superior” XS. So, in 2019, Apple made the iPhone 11 Pro bigger than the XS it replaced, but it also vastly improved battery life. It was particularly surprising to see Apple make a bigger iPhone after chasing thinness at all costs for so long, but it was definitely welcome. The company finally seems to realize that an impossibly thin device that constantly needs to be charged doesn’t make for a good user experience.

Another good example is Apple's significant change of heart around product repairs. Specifically, Apple announced plans to sell repair parts and instructions to customers who want to fix their iPhones themselves, a victory for anyone who felt they should be able to pop open their iPhone and put in a new battery or fix a broken display. While right-to-repair groups said there's still more Apple can do in this area, they nonetheless hailed it as a major step forward from the completely closed nature of its products, the vast majority of which haven't been user-serviceable before. Apple is starting with the iPhone, but said it will roll out some self-repair tools and parts for M1-based Macs in 2022, as well. The threat of government regulation may have played a big role in this new initiative, but the end result is still good for consumers.

Apple is even having a little more fun with its products than it has in a while. Take the M1-powered iMac, for example. I wish that it had more ports and, considering the price, it should have more RAM and storage — but the wide variety of colors Apple chose is just great. I’m dying for these colorways to come to a redesigned MacBook Air (fingers crossed for the spring). The three new hues in the HomePod mini lineup are another good example of Apple realizing that hardware you place in your home doesn’t just have to be gray or silver.

While the new MacBook Pro is a huge step forward for those who want serious power on the go, Apple still hasn’t given professionals the full desktop-class computers they need. Because Apple is in the middle of its transition to Apple Silicon, the larger iMac and Mac Pro machines are hard to recommend right now. Hopefully, Apple will bring the power of the M1 Pro and M1 Max to a larger iMac and a new Mac Pro tower in 2022. If they can wrap up this last bit of the transition next year, Mac buyers will be covered at all points of the company’s product lineup. It’s been way too long since we could say that.