Despite its problems including inefficiency and pollution, Hyundai is betting big on hydrogen. The company has unveiled a new strategy called Hydrogen Vision 2040, including next-gen fuel cell technology and new concept vehicles include trucks, trailer drones and a 650 horsepower hybrid fuel-cell sports car developed in conjunction with its new partner, Rimac.

The most intriguing hydrogen product is the fuel cell Trailer Drone, a cab-less "hydrogen-powered container transportation system capable of operating fully autonomously," according to Hyundai. Powered by the modular fuel cell "e-Bogie" wheel sub-frame, it could travel up to 1,000 km on a tank of H2, "comparable to existing container transportation system." The trailer itself would contain the sensors and computers needed for autonomous driving. 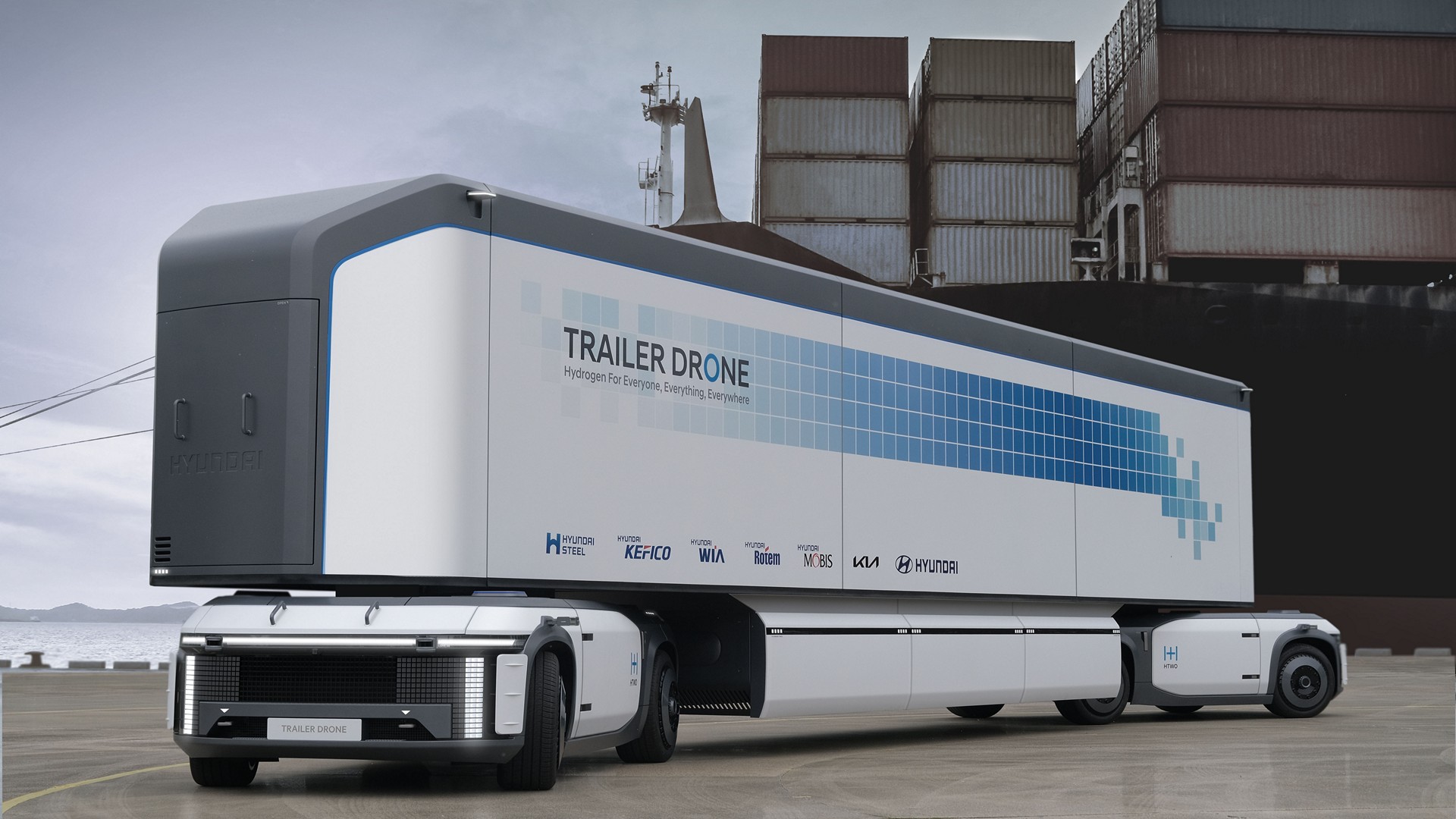 The e-Bogies could operate independently or be used in pairs to make up a Trailer Drone. Each bogie could turn independently, making the trailer more maneuverable than a normal semi on tight streets. They could also operate in platoons on the highway to boost efficiency. On arrival, the trailer could automatically unload itself by lifting onto legs, transformer style, while the e-Bogies drive away to the next task. The trailers could even be divided into three containers, making the majority of the trip connected then breaking away into independent e-Bogies to the final destination. 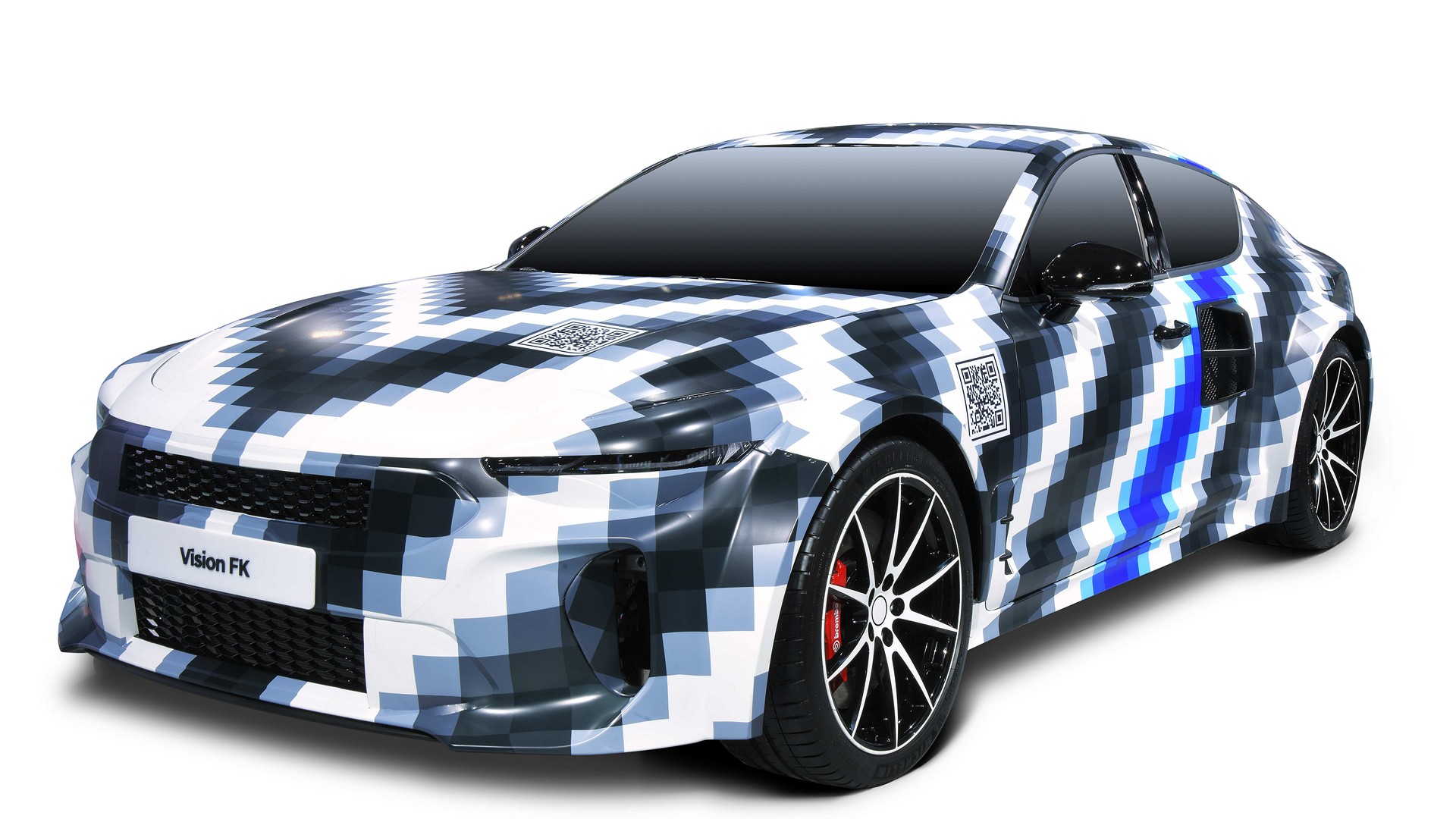 The automaker is also interested in consumer tech, unveiling a 670 horsepower hydrogen plug-in hybrid sports car called the Vision FK concept developed in collaboration with Rimac. It's powered by Hyundai's next-gen fuel cell tech, mated to a large battery pack. As such, it could be plugged in for extra range or powered by hydrogen. Since a fuel cell could directly charge the battery (or powered the four independent motors), the operation would be a bit simpler than a gas-powered hybrid car.

Hyundai said it would be able to go about 600 km (372 miles) on a charge, and be refueled again in just five minutes — not counting the battery recharge time. As it stands now, it's just a concept and Hyundai has no concrete plans to put it in production. 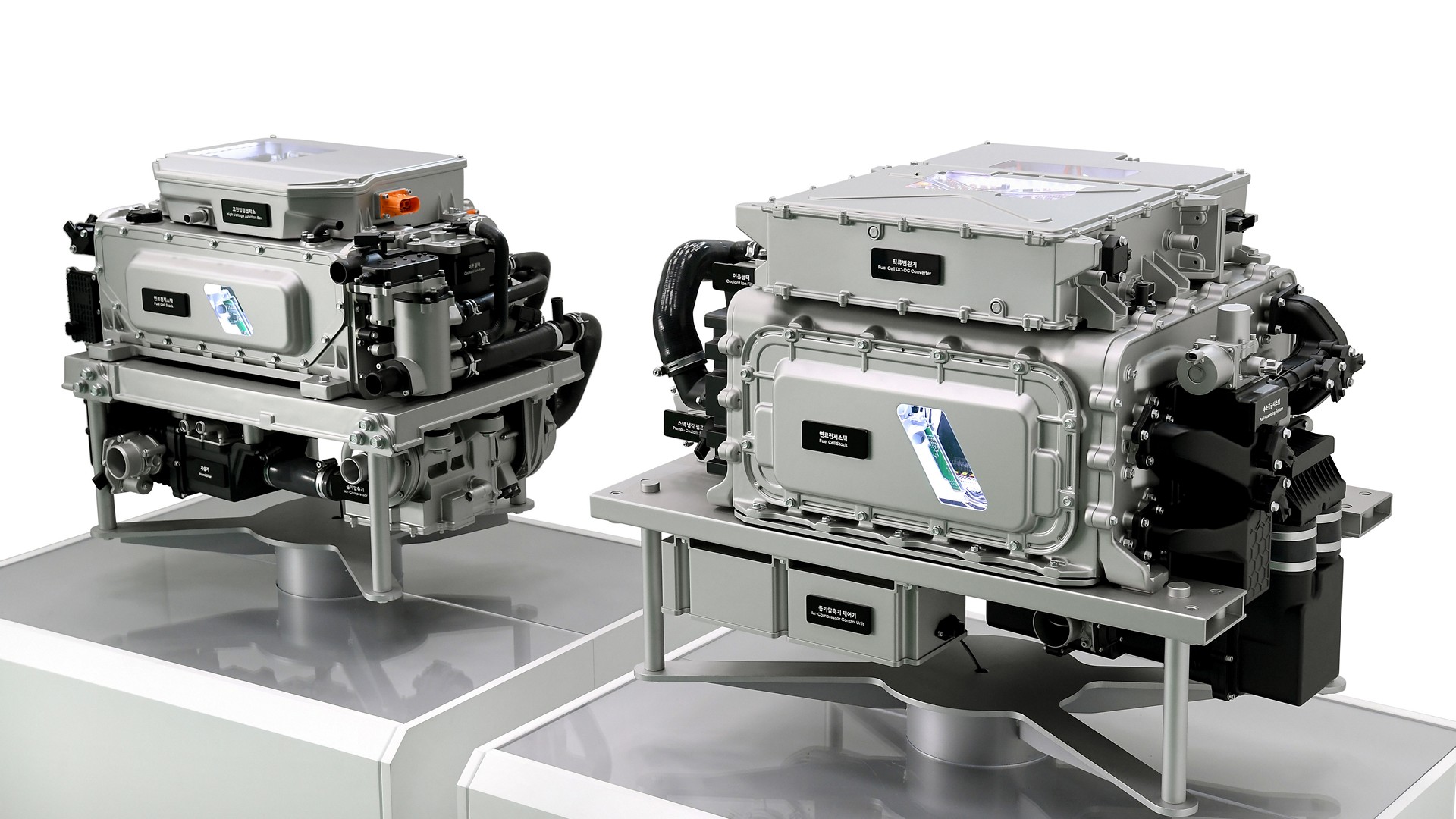 Hyundai also unveiled its third-generation fuel cell stack technology, expected to arrive in 2023 and replace Hyundai's current Nexo fuel cell tech. They'll be available in a 100 kW unit that's 30 percent smaller than Hyundai's current 95 kW stack, and a 200 kW version similar in size to the current Nexo model but with more than double the output.

The new fuel cells have a target life of 500,000 km (310,000 miles), up from 160,000 km for the current generation. Hyundai also expects the next-gen tech to cost around half of current fuel cells. They're also highly modular, meaning you can stack them to create "Power Unit Modules" with up to a megawatt of output "ideal for emergency power systems for large ships or IT companies," Hyundai said. Another "full-flat" system keeps the stack height under 10 inches for installation in the floor or ceiling of buses, trains or trams. 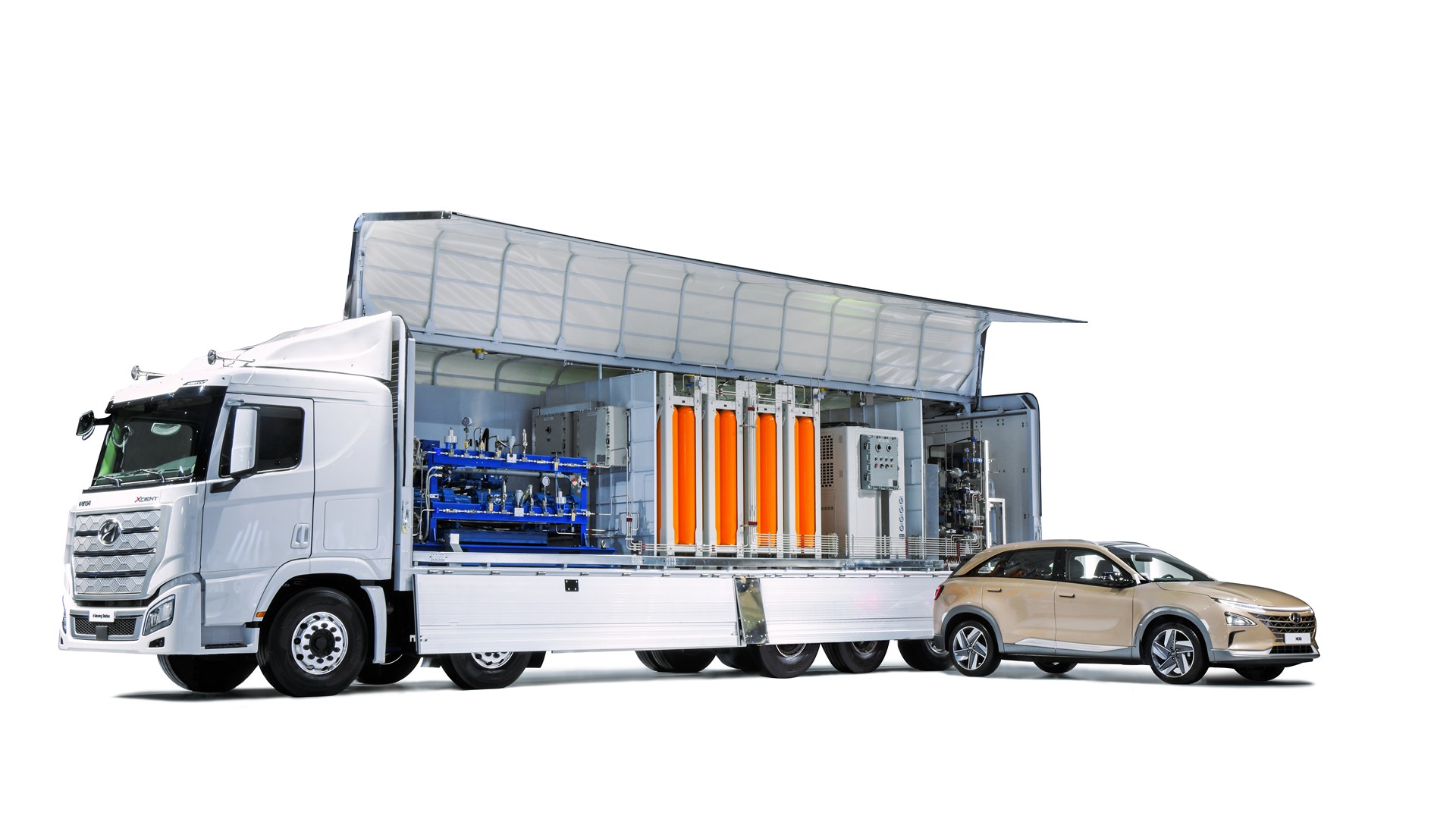 One of the main problems with hydrogen power is the lack of infrastructure and Hyundai is addressing that with the H Moving Station concept. It's a heavy-duty vehicle designed to offer hydrogen refueling services in areas with limited infrastructure like rural areas or construction sites. It also unveiled the Rescue Hydrogen Generator Vehicle (RHGV). Rather than doling out hydrogen, it uses hydrogen fuel cells to generate electricity for stranded EVs or to power homes in the event of an emergency outage.

All of this looks promising, but there's a reason most manufacturers are moving toward battery-powered EVs and away from hydrogen. Hydrogen is a highly explosive fuel that needs to be stored at very high pressures (either 350 or 700 bar), making infrastructure expensive and complex. On top of that, most hydrogen used in the US is created by reforming methane using steam, a process that produces significant amounts of CO2 that contributes to global warming. It also doesn't reflect well on the technology that some its greatest support comes from the oil industry.