There are secrets buried in the first video from Eyes Out. It’s just two minutes long and filled with overlapping shots of drums, mics, guitars and snakelike cables packed into a lonely desert hideaway, all while an unsettling, ambient score gathers layers of sound. Over time, the scenes are flooded with red and the film is overcome by a horrendous groaning scream. Thin white text flashes across the screen, telling a disjointed story about burying bones and walking with the bloom of a burgeoning universe.

Among this vibrating chaos, there are hints about the kind of studio Eyes Out will be and even what the team’s first game might look like. Or, more aptly, what it might sound like.

Eyes Out is the new video game studio founded by Nine Inch Nails guitarist Robin Finck and veteran AAA director Cory Davis, and the team is already hard at work on its first title, a mysterious horror game with an emphasis on experimental audio.

“We want to create mind-bending experiences that cause you to question reality,” Davis said. “That's what we're really excited about. We’re all fans of horror, but specifically this kind of — it's a new and emerging space that doesn't just sit within the extremely violent and dark and terrifying, but also reaches into the vibrant and even surprises you with moments of bliss or self-reflection. Horror really has a lot of room to grow.”

Finck added on to that thought, saying, “We're playing in this field that provides an emotional and psychological response, which really, I feel, is heightened as a singular experience. And we're really fortunate to be attracting developers who are so genuinely passionate about these types of conversations.”

Davis has built a successful career as a video game designer, directing and crafting high-profile titles including Spec Ops: The Line and Here They Lie, but he’s also a composer. In fact, the first word of his Twitter bio reads, “musician.” Meanwhile, Finck’s Twitter bio has just two tags, both of which speak for themselves: @eyesoutofficial and @nineinchnails.

Note which one comes first. 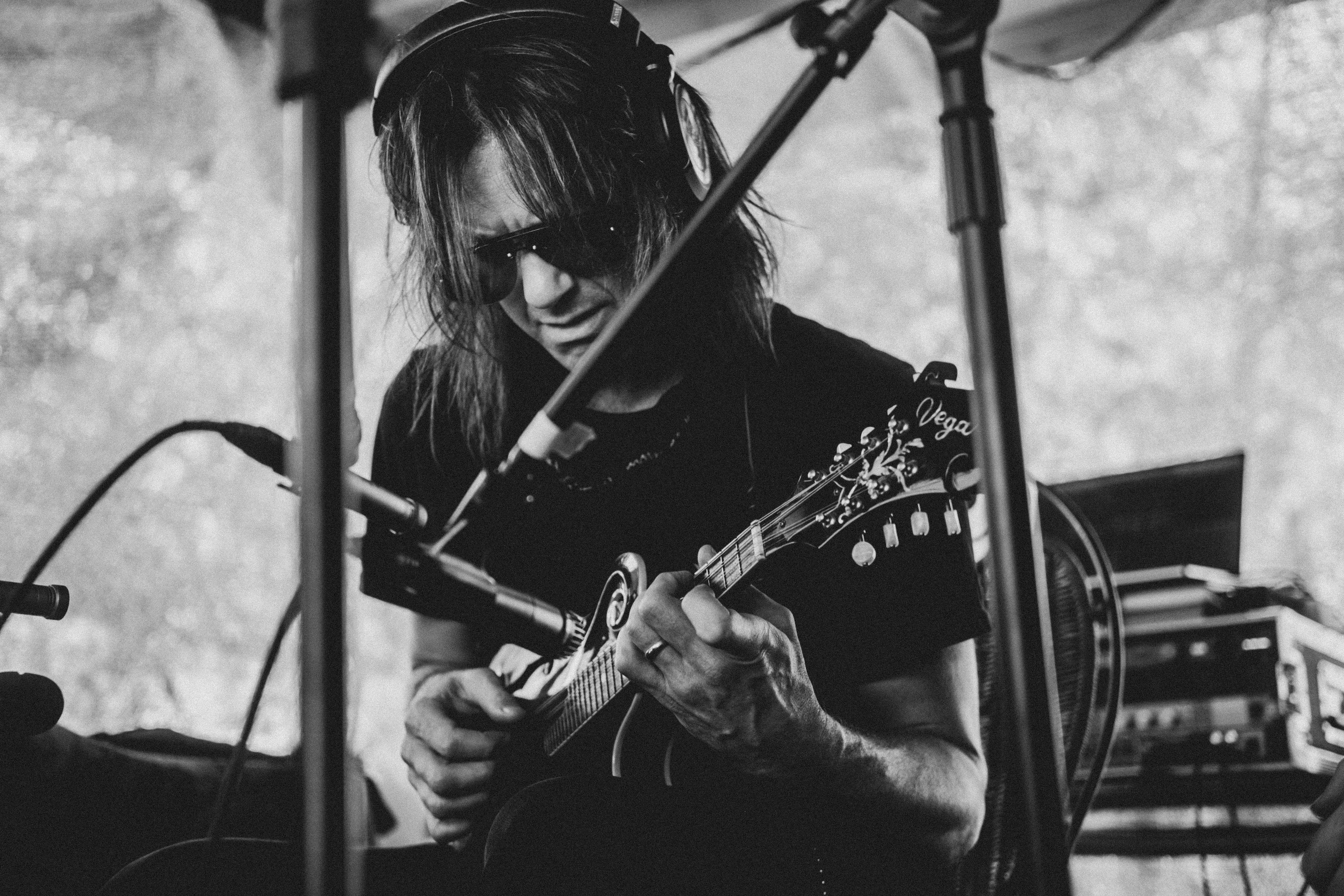 Finck got involved in the video game industry about six years ago, after striking up a friendship with Devolver Digital co-founder Mike Wilson at Burning Man. Finck ended up handling the soundtrack for Noct, a top-down horror game published by Devolver in 2015, and his interest in development was piqued. He dove further into the video game industry, attending conventions and connecting with creators.

“I was just really inspired by people and their enthusiasm, the forward tech of it all, and the collision of art and music, design, agency, narrative, and also the experience of really becoming immersed in all of this,” Finck said. “It really feels like the most focused and the most highly attuned experience to imbibe this sort of storytelling. And that continues to turn me on. And this led me, fortunately enough for me, to meet Cory as he and his team were completing Here They Lie.”

Eventually, Finck found himself at Sony Santa Monica, playing an early version of Davis’ VR horror title, Here They Lie. He was floored by it. Finck and Davis got to talking, and they haven’t stopped since.

“We immediately were talking about sound and music and the weight of that and the experience,” Finck said. “And we kept on in the coming days and weeks and months. And then eventually were working together on music for projects that Cory was heralding. We have a simpatico workflow and creatively sync in a lot of ways.”

Davis remembered feeling a spark at that first meeting, too. 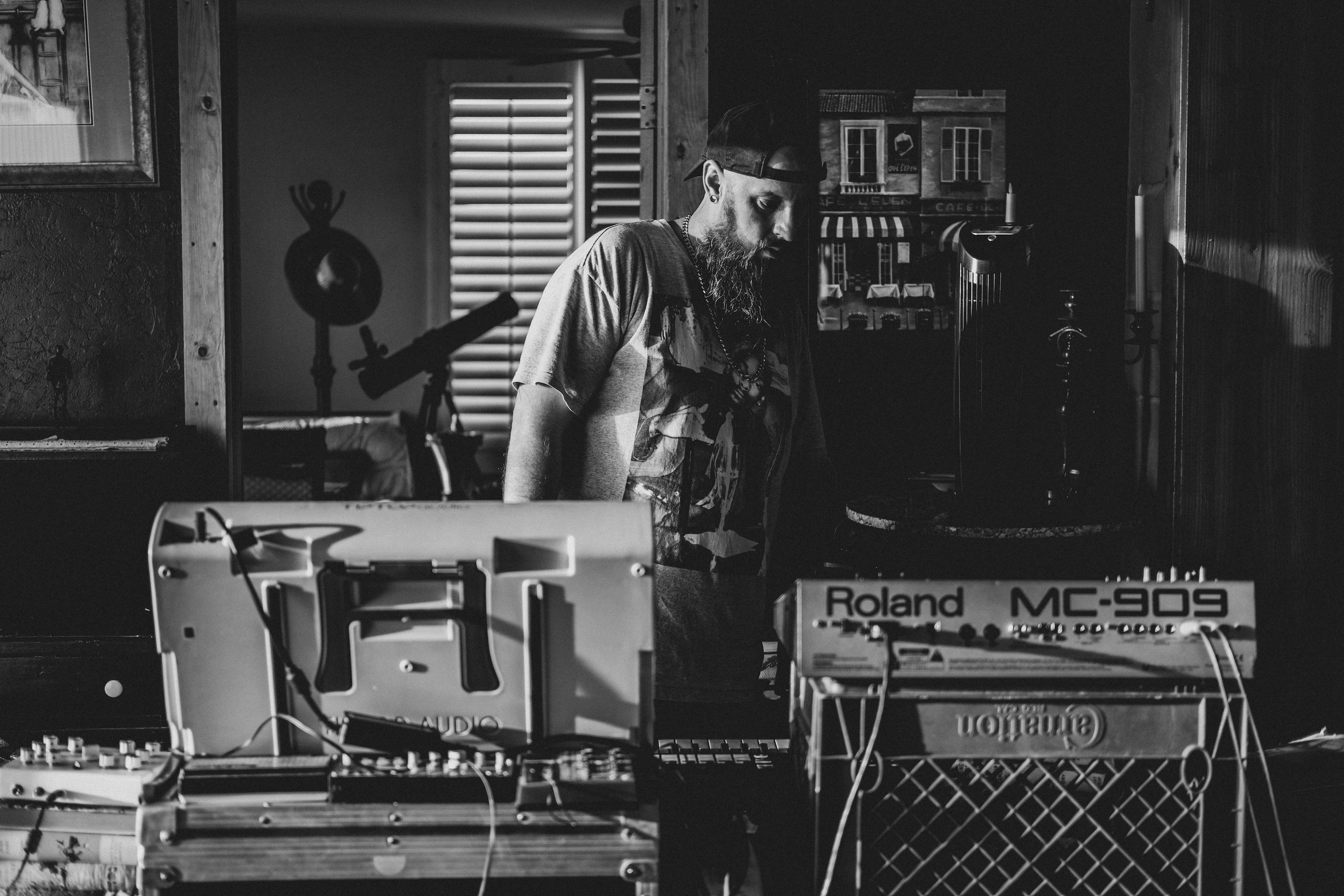 “We started to go down the rabbit hole of distortion pedals and different synthesizers and stuff like that,” he said. “But that led us to this other type of discussion where I really felt this connection in terms of an understanding of the power of games as a medium and the impact and the possibility of what the medium holds for the future.”

Davis and Finck were both interested in building a single-player experience around music and tone, rather than starting with a narrative or visual style and applying sound later on in the process.

“From the first conversation with Robin, I could feel that he's this other type of creator that wants to be driven by his passion and his soul, rather than maybe what's trendy or what's even necessarily gratifying,” Davis said. “I just felt this kind of depth of possibility of what we could do together. I had other prototypes going on at the time at my old studio, but every time I got back together with Robin, our conversations would go deeper. And they'd go beyond the music and they'd go to places where I'd been hoping to go my whole journey as a game developer.”

Eyes Out is the result of this creative magnetism between Davis and Finck. They’ve attracted other developers, too, and have hired 15 collaborators from the industries of visual art, film and games to work on their first project.

“That's really what I've been looking for since way back in the Spec Ops: The Line days, was to build a team that has a diverse enough approach to both things like the difficulties in game development, as well as their acceptance and embrace of people that are from different parts of the world, from different backgrounds, that are of any kind of personality, and especially people that have been downtrodden and haven't had opportunities in the past,” Davis said. “We see those opportunities allowing us to have so much more depth in the types of stories that we're able to tell.”

There’s no name or release window for the studio’s first game, but Davis and Finck are dropping hints about how it’ll play and what they want players to feel. It’s not a VR game, it’s designed with complete immersion in mind, and it features creatures that behave strangely in response to generative audio cues. The team is playing around with rhythm mechanics and figuring out how to build creeping tension through sound.

“The type of horror that we're building has a lot to do with the horrors of the universe and the horrors that you kind of go to sleep with at night, the ones that are just around the corner and outside of our purview, but exist,” Davis said. “And the technology for building those types of soundscapes, the localized audio and reverb and the realism behind that, coming from VR before, I had a lot of opportunity to work with that stuff.”

The debut game from Eyes Out will be a focused, single-player horror experience built around sound — and silence.

“I'm really excited about the nuance and the subtlety of coming from silence, like a really impactful silence, and beginning to emerge from that silence towards an impactful embellishment of some sort, however great or greater,” Finck said. “And that play between the diegetic soundscape of the world within the tangible, physical space inside the game, and where it blurs with the score, the music of the game, can be really challenging and inspiring.”

Eyes Out's first project is poised to be otherworldly, introspective and experimental, just like the studio itself.