Google’s upcoming Pixel watch leaks keep coming, this time courtesy of images provided to Android Central showing a prototype smartwatch that was apparently left at a restaurant in the northwest suburbs of Chicago.

The images look like the Pixel Watch that we’ve been eagerly awaiting. It’s a bit of a late entry into the smartwatch market from Google, since there’s already serious competitors like the Series 7 Apple Watch or the Galaxy Watch 4 from Samsung. This is also the first time we’re seeing a potential prototype of the Pixel Watch, after a recent render leak from 91Mobiles showed a similarly chunky, rounded-off design. Last year, the Pixel Watch leaks looked much different, showing a flatter, bezel-less design.

Stay skeptical — Following the news from Android Central, a Reddit user claiming to be the friend of the bartender who found the prototype, posted a thread and stuck around to answer some questions. 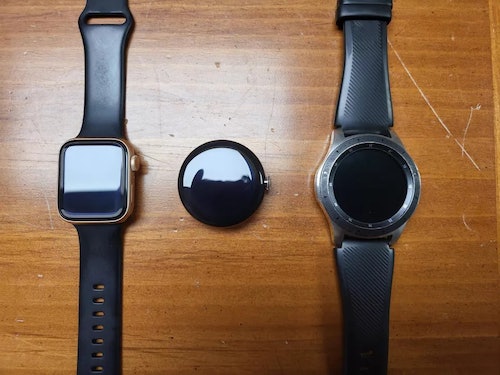 The redditor, u/tagtech414, said the Pixel Watch prototype was around a 0.5-inch thick and 1.5-inch in diameter, and compared it in size to a 46mm Galaxy smartwatch. The redditor also noted that the prototype felt well-built and premium, offering click-y buttons. Unfortunately, the device doesn’t get past the boot screen with the Google logo and it can’t be charged with wires or wirelessly. 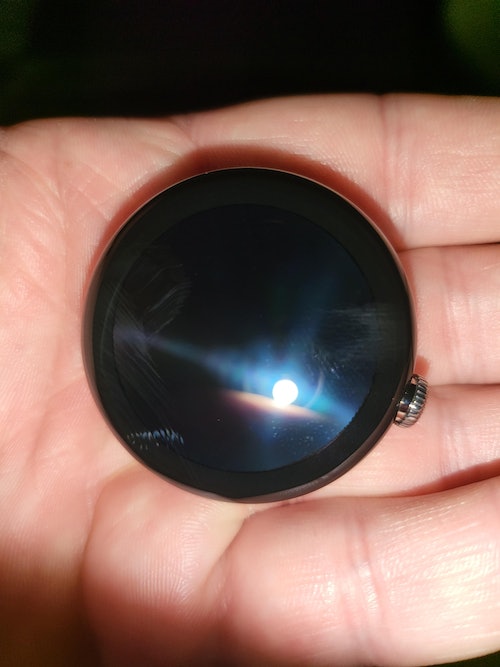 We should all maintain a healthy dose of skepticism here because there’s no real verification behind this. The only proof we have comes from one of u/tagtech414’s comments, posing the prototype next to his thread. The redditor also mentioned that the watchbands were wrapped up and also found with the prototype, which is sounding off some alarm bells that this could’ve been left behind on purpose to drum up hype for an eventual release.

Waiting for the reveal — As the leaks and rumors ramp up, we still don’t have any official word from Google about its Pixel Watch. We’ve been able to piece together the puzzle with the most recent leaks showing off the design, but also through a Google trademark filing for “Pixel Watch” that was spotted by 9to5Google. There’s still hope we could maybe get a reveal during Google’s upcoming I/O event in May.