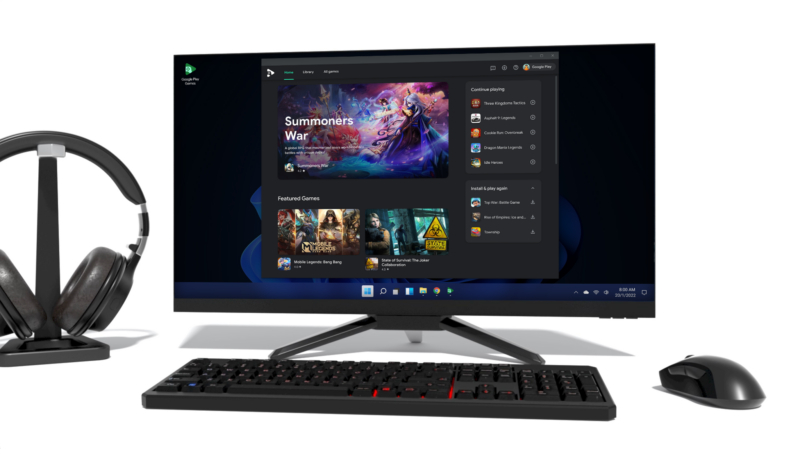 As it announced in December, Google is bringing Android games to Windows. The project is simply called "Google Play Games," and the Windows version is now open for beta sign-ups. The catch is that Google Play Games is getting a very limited distribution: you'll need to be in Korea, Taiwan, or Hong Kong to sign up.

If you manage to get in the beta, Google says you'll be able to "play a catalog of Google Play games on... Windows PC via a standalone application built by Google." The company says, "We're excited to announce that some of the most popular mobile games in the world will be available at launch, including Mobile Legends: Bang Bang, Summoners War, State of Survival: The Joker Collaboration, and Three Kingdoms Tactics." Games that use the Google Play Games cloud to store achievements and progress will be able to have their progress synced across PC and mobile (and Chrome OS, of course).

As for why this is happening, it's probably in response to Microsoft's plan to bring Android apps to Windows 11. Microsoft teamed up with Amazon to bring the Amazon App Store catalog to Windows, and now Google is bringing its Android game catalog along, too. This is only games though, not any other type of app. Games have an easier time scaling on bigger screens, but I can still think of some normal apps which might be useful on a PC.