Three years ago at CES, Samsung took the wraps off a novel feature as far as soundbars go: the ability to sync the drivers on their newest soundbar models with the speakers on high-end Samsung TVs.

Besides delivering more immersive audio for users, Samsung’s Q-Symphony feature offers a key benefit for the company itself: helping to ensure that Samsung TV customers chose a Samsung soundbar to go with their Sammy sets.

That lesson clearly wasn’t lost on LG, which will take the stage at CES in January with a pair of new soundbars that–surprise!–can sync their drivers with the speakers of supported LG TV sets.

LG’s WOW Orchestra feature will work on the SC9S, a new 3.1.3-channel soundbar with a wireless subwoofer and an “exclusive” mounting bracket for use with LG C2 and C3 OLED TVs, as well as the SE6S (pictured above), a revamp of last year’s Eclair soundbar that ditches the wireless sub for an all-in-one 3.0-channel configuration.

Besides arriving on the two new LG soundbars, WOW Orchestra will be coming to most of LG’s 2022 soundbar lineup via a mid-year firmware update, the company said. 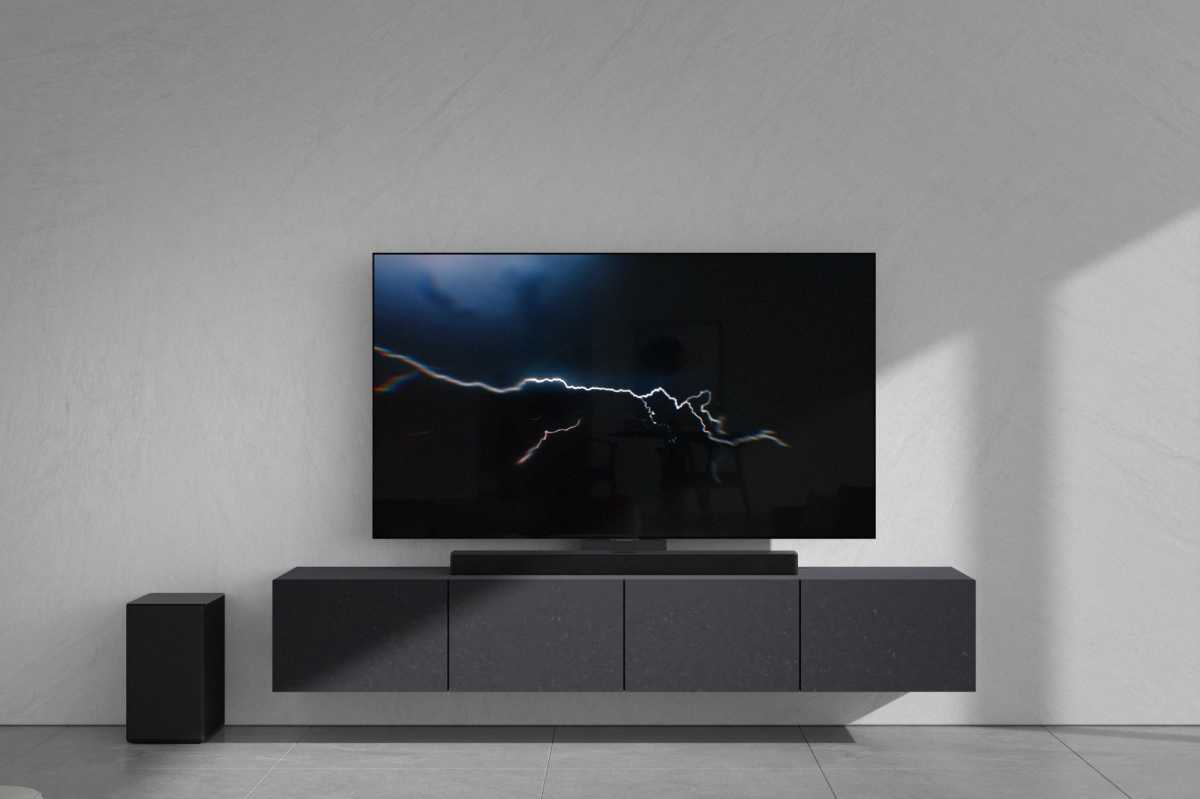 LG has offered soundbar features in the past that relied on an LG-made TV. For example, TV Sound Mode Share allows more recent LG soundbars to tap directly into the audio processing abilities of an LG TV, bypassing the soundbar’s own sound modes.

But while TV Sound Mode Share was a nifty but skippable extra, LG is marketing WOW Orchestra as a core feature for unlocking the full audio performance of your new LG soundbar, similar to how Samsung promotes its Q-Symphony soundbars.

WOW Orchestra and WOW Interface aren’t the only new features coming to LG’s 2022 and 2023 soundbars.

Also on tap is Triple Level Spatial Sound, which leverages the front- and up-firing drivers on LG soundbars to add a “virtual middle” level of sound that helps create a “dome of sound” around listeners, while a “Smart Up-mixer” can upmix stereo 2.0-channel audio to 9.1.2-channel sound.

LG says its triple up-firing speakers for height cues, which were introduced at CES 2022, will be making their way to the manufacturers mid-tier soundbars, including the new SE6S Eclair all-in-one soundbar.

As for the upcoming 3.1.3-channel SC95 soundbar, LG says the included bracket has been designed to fit LG’s C2 and C3 TVs “perfectly,” offering an alternative to wall-mounting the SC95 separate from the TV.

The bracket can be used in both wall-mount and stand configurations, while also ensuring that the SC95’s  triple up-firing speaker array is “optimally” placed in relation to the screen.