If the gear Anker Innovations showed off Thursday night is any indication, the company has been busy on several fronts. In its first On Board event of the post-pandemic world, the company previewed a laser Nebula projector, a Eufy home security system, and a huge PowerHouse battery pack with enough juice to get you through a blackout—or a glamping trip. The best might be yet to come, with a teaser about fulfilling USB-C Power Delivery potential. More on that later.

The $800 Nebula Capsule 3 Laser projector (pictured up top) is available now and is not much bigger than a beer can. Powered by lasers, the Capsule 3 delivers full HD resolution at a claimed brightness of 300 lumens that should be plenty for binging Netflix’s Dahmer outdoors at night or in dark room. In addition to auto keystone correction (so the image is always rectangular) and autofocus (so its pinpoint sharp), the Capsule 3 has a built-in Android TV 11 computer for Chromecast streaming from a phone or tablet or running any of 7,000 available apps.

The best part is that you don’t even need an AC outlet to put on a show. That’s because the Capsule 3’s internal battery pack can power it for up to 2.5 hours on a charge. With the Capsule 3 Laser, all you’ll need is a screen, or at least a white sheet tacked to a wall. Some popcorn wouldn’t hurt. 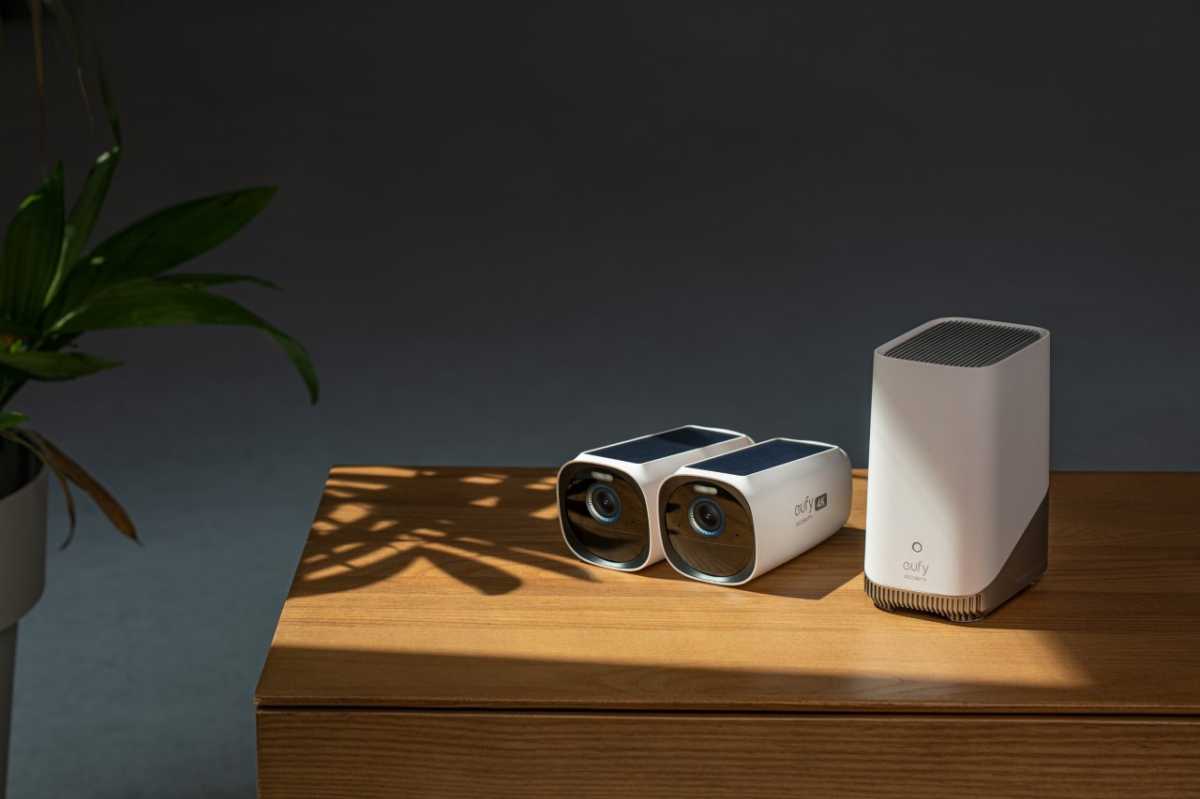 After three years of development, the EufyCam 3 is ready for monitoring and protecting your home. Capable of 3840 x 2160 resolution, the solar-powered security camera’s lithium battery needs two hours of sunlight a day to keep going and connects to a home Wi-Fi network over the 2.4GHz band. We have more details on the Eufy Edge Security System at the preceding link. Anker has a matching tabletop security console in the works that can show multiple camera feeds.

Easily, the most powerful new Anker product is the PowerHouse 767. Rated at 2,048 watt-hours of energy, its 2,400-watt peak output can run a small home or camper’s worth of appliances, including a refrigerator, microwave and even a TV and computer.  It’s outfitted with four AC outlets, a 30-amp RV connector, three USB-C power ports, and two USB-A power ports. 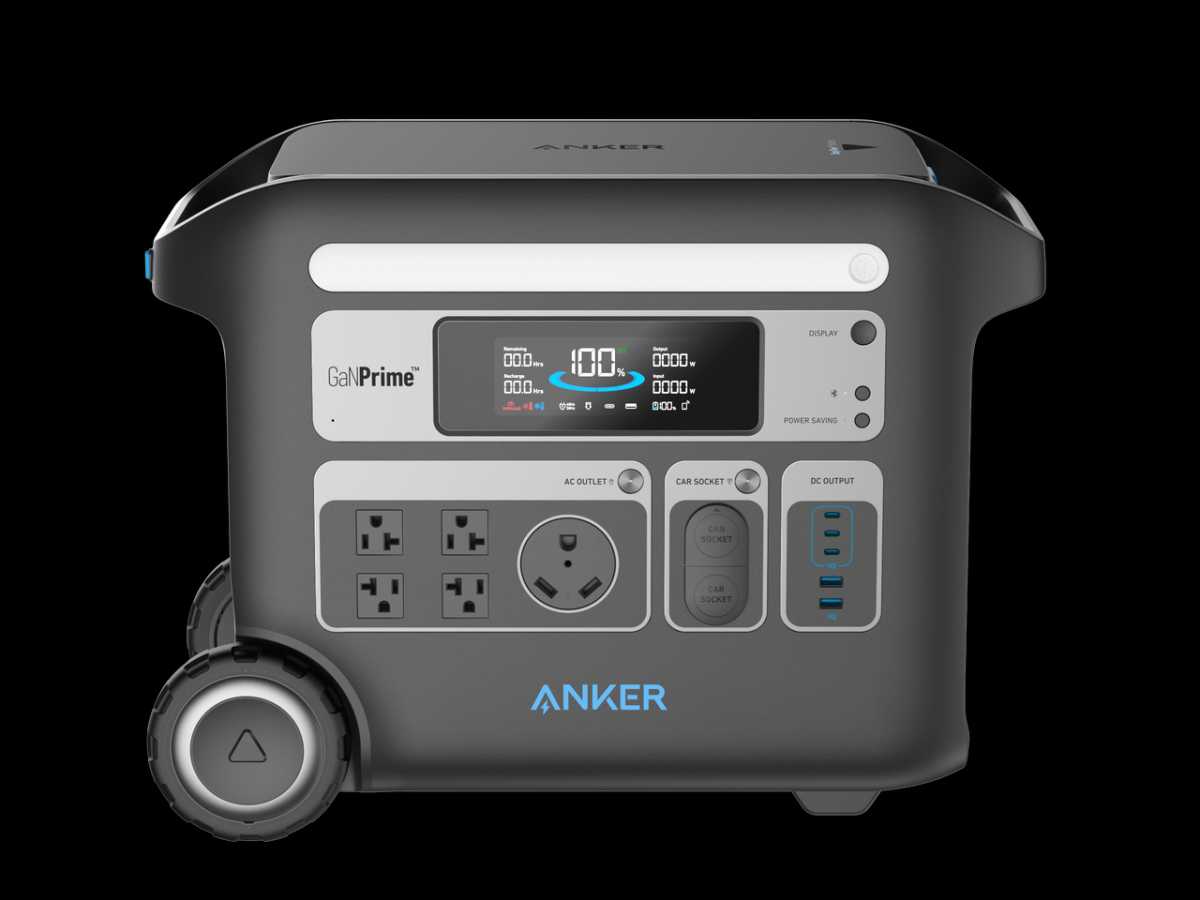 Based on Anker’s GaN Prime Galium Nitride charging technology, it’s among the most efficient appliances of its kind, and its Lithium Iron Phosphate battery is rated to last for 3,000 charge cycles. Not expected until mid-November, it will have two add-ons, including battery packs to double its capacity and optional solar panels for true off-gridders. It’s so big and heavy that the PH 767 has wheels and an extendable handle for grab-and-go maneuvers. In fact, the most mobile part of it is the app that lets you remotely monitor and control the charging process.

The best may be yet to come for Anker with its CEO Steven Yang teasing a new USB-C technology that fulfills its Power Delivery promise by pushing 240 watts. That’s enough for even the most power-hungry notebook. Yang said to look for it in 2023.