Apple’s ‘trash can’ Mac Pro was initially perceived as a marvel of engineering. Unfortunately, power users who wanted the absolute best in single-core and multi-core performance were livid at the fact that the newly designed workstation could not keep up with demanding tasks and would suffer from thermal throttling. Despite these setbacks, the machine featuring an Intel Xeon CPU can still hold its own against Apple’s modern-day M1 and M2.

The Mac Pro arrived at a YouTuber’s home with the channel name called This Does Not Compete. The configuration he paid for featured a quad-core Intel Xeon E5 processor, and it was obvious that it would never hold its own against even the least powerful Apple Silicon. Thankfully, the workstation is user-upgradable if you do not mind investing a ton of time and effort getting inside, but the YouTuber managed to swap out the existing CPU with a 12-core Intel Xeon E5-2679 v2.

Unfortunately, replacing the processor requires a complete and painful disassembly of the Mac Pro, which not many are willing to undertake, but thankfully the SSD and RAM are easily accessible. After booting a fresh copy of macOS Monterey, the content creator ran the Mac Pro through its paces, starting with Geekbench 5. The single-core score was beyond disappointing, but the multi-core performance saw the biggest uplift in performance, with the machine scoring 7792, which is higher than what the M1 MacBook Pro obtained in the same multi-core result, which was 7390. 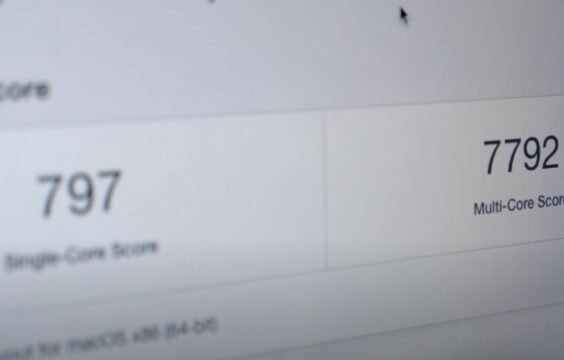 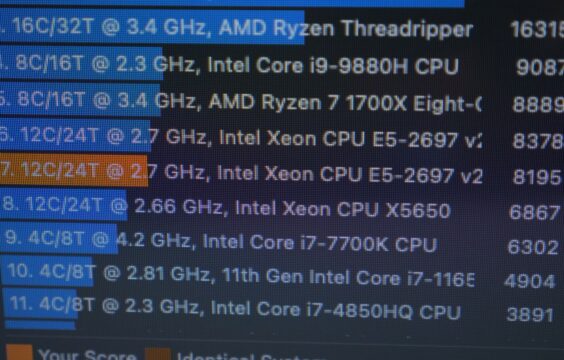 This reveals that an upgraded Mac Pro still has some kick left in it, despite being nearly a decade old. We have also attached a Cinebench screenshot for good measure to see how the CPU ranks in with the rest of the pack. Sadly, the M2 MacBook Pro features better performing and more power-efficient cores, so the portable Mac did manage to beat the workstation with a multi-core score of 8743. 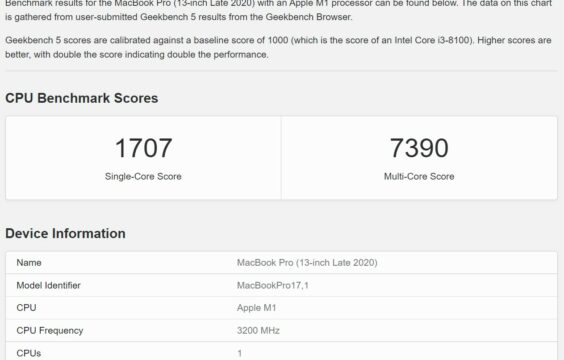 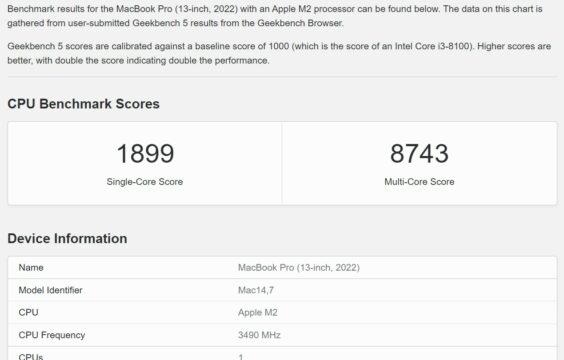 As you can tell, the margin is not massive, showing that if you already have one of these ‘trash can’ computers and you do not need a product that needs to be away from the wall, you may want to hold off on your purchase for the time being. You can also check out the video below and share what you think of the upgraded Mac Pro’s performance. Do you think owners should continue chugging along with it, or is an upgrade long overdue?