13 Useful Project Ideas for Your Raspberry Pi With Tutorials

Since the launch of the first Raspberry Pi in 2012, it’s been since the favorite computer toy for the computer enthusiasts. It was a real game-changer and something many couldn’t comprehend, a 25 dollars credit-card-sized computer.

Originally it was designed as a solution for teaching basic computer science in schools and developing countries. And it succeeded in its task, but soon it became a favorite computer toy for computer enthusiasts and hackers allowing them to make all kinds of projects at low-cost. 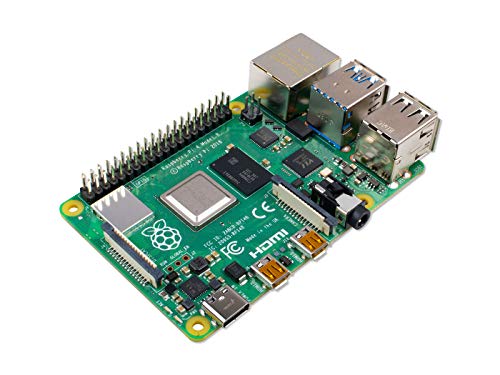 Raspberry Pi 4 Model B is the latest product in the popular Raspberry Pi range of computers. It offers ground-breaking increases in processor speed, multimedia performance, memory, and connectivity compared to the prior-generation Raspberry Pi 3

So if you have one laying around, or planning on getting one you might what wonder what could you do with it. Luckily there is plenty of project ideas available on the internet, from the useful enhancements for your home and office to the craziest projects like 40-Node Raspberry Pi Cluster.

But in this article, we’ll stick with useful projects you can benefit and improve your living. Some of these projects are an easy install, some of them will require a bit of craftsmanship.

What did you make with your Raspberry Pi? Let us know in the comments.

You probably some kind of ad blocking software on your pc, phone, tablet… etc. The problem is, you need to install it on every device, and probably you can’t have it on all of them, like your smart TV for example. This is where Pi-hole jumps in!

Pi-hole is a DNS-based ad blocker which works on a network level, so you can block ads on any device that is connected to your home or office network, and do much more with a pretty monitoring dashboard in real-time.

Kodi is an open-source entertainment center that allows you to organize your music, movies, and photos collection in a beautiful interface. And with the add-ons, you might give some other superpowers to your media center such as music and video streaming.

Check out this tutorial for the setup.

Have you ever thought about building your personal weather station? Well, with Raspberry Pi you can! Following this tutorial, you will learn how to set up all components and program the station.

Smart Mirror is probably one of the coolest projects you can do, not the easiest one but the final result will give you a lot of satisfaction and usefulness in your home.

It will show the news, weather and time right in front of you while you are getting ready.

Another useful project for home is this motion detector, which can be used in many ways, for example as a security camera, parent detector… etc.

With very minimal hardware and an easy tutorial to follow this project is fun and yet very useful.

In one of our latest articles, we listed a collection of free hosting providers for static websites but we also mentioned how raspberry pi can be used for hosting your static website, or even better you can host a WordPress website directly from your room.

With this easy to follow tutorial, you will set up a LAMP (Linux, Apache, MySQL, PHP) stack and configure it to run as a web server for WordPress.

For all retro gaming console lovers, Lakka is a lightweight Linux distribution that will transform Raspberry Pi into a full-blown gaming console.

Built on top of the famous RetroArch emulator, Lakka is able to emulate a wide variety of systems and has some useful features such as automatic joypad recognition, rewinding, netplay, and shaders.

The most obvious use of Raspberry Pi would be as a low-cost desktop computer, even with its small size it’s still capable of doing everyday personal and office tasks.

To do so you will need:

With this simple tutorial that has minimal requirements, you can make a print server with CUPS and bring back to life your old printer.

With this simple and cheap WiFi USB Adapter you can easily extend the signal of your WiFi. Ideal for the parts of the home or office where the signal degrades.

It’s an interesting and useful project which you can do in very little time by following this tutorial.

PiVPN offers the simplest way to set up and manage a VPN designed for Raspberry Pi.

Out-of-the-box the installation is a one-line command, but it needs some configuring to work properly, so we suggest you follow this tutorial to set up your Raspberry Pi as a VPN.

This project might not be suitable for the beginners but it can by really fun to make. What it does, it gives you the possibility of controlling AC appliances with the click of buttons on a webpage using internet.

Follow this tutorial on how to make your home a smart home.

Protect and secure your data with a self-hosted cloud powered by your Raspberry Pi.

This project consists of 3 parts: