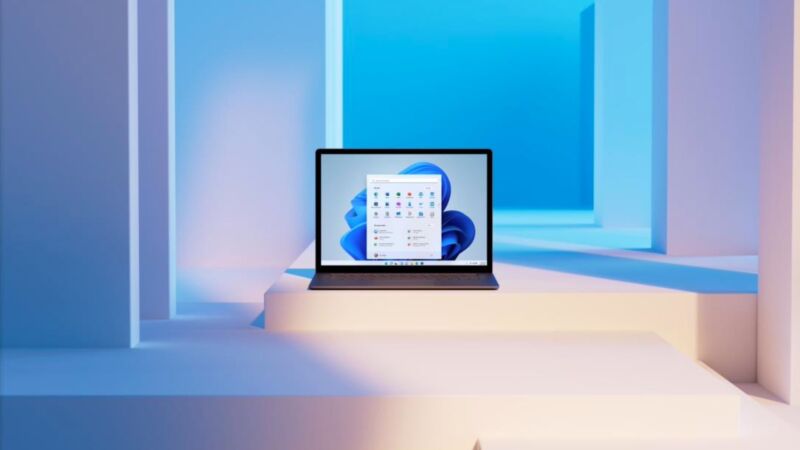 Windows 11 is no longer merely "coming this fall." Microsoft will begin releasing the new operating system to the public on October 5, starting with newer PCs (and PCs being sold in stores) and then rolling out to other supported systems over the next nine or so months. The company also says that the Amazon-powered Android app support that's coming to Windows 11 won't be ready for public consumption at launch; Microsoft will offer "a preview [of Android apps in the Microsoft Store] for Windows Insiders over the coming months."

Like recent Windows 10 updates, Windows 11 will have a phased rollout through Windows Update—most PCs won't begin to see and automatically install the update on October 5. Microsoft says that new PCs will be the first to upgrade, followed by older compatible PCs, "based on intelligence models that consider hardware eligibility, reliability metrics, age of device and other factors." As with Windows 10 updates, you'll be able to download an ISO file to initiate the upgrade yourself (Microsoft also offers tools like the Windows Update Assistant to manually trigger upgrade installs, which we assume it will do for Windows 11, too). All compatible PCs should be offered the update by mid-2022.

For PCs that don't meet Microsoft's stringent system requirements—a recent 64-bit Intel, AMD, or Qualcomm processor, enabled Secure Boot support, and a TPM 2.0 module along with 4GB or more of RAM and 64GB or more of storage—Microsoft has been cagey. Neither today's announcement nor a post from last week explaining the security requirements mentions being able to install Windows 11 on unsupported PCs. But Microsoft told reporters that it won't disallow installation on incompatible systems as long as you install the operating system manually, before the company can later assert its right to withhold security and driver updates on those PCs if it wants to.