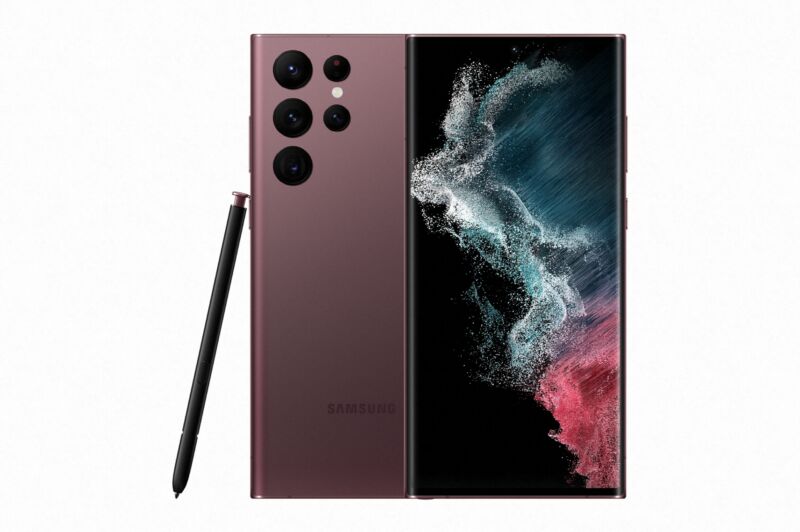 Just like the Pixel 6 before it, the Galaxy S22 seems to be claiming some misleading battery charging specs. The Samsung Galaxy S22 is not yet released worldwide, but a few early reviews are trickling out, and GSMArena put Samsung's new "45 W" charging to the test. The site was not impressed with the results, calling the spec "misleading" thanks to not being any faster than the old 25 W charging.

Last year's Galaxy S21 Ultra maxed out at 25 W charging. This year, Samsung upgraded the S22+ and S22 Ultra to 45 W charging, and it sells a new charger (sold separately, of course). Charging should presumably be significantly faster, but it's not.

Last year, reports showed the 25 W S21 Ultra taking about 62 minutes to charge its 5000 mAh battery. This year, the Galaxy S22 Ultra has a "45 W" charger, and GSMArena clocked the phone at 59 minutes to charge its 5000 mAh battery. If we're trusting the marketing numbers, that's an 80 percent wattage increase for 5 percent faster charging—probably still in the margin of error for such a measurement.