While Apple maintained its dominant share of smartwatch shipments in the third quarter of 2021, the company's shipments fell as Samsung made significant gains, according to Counterpoint Research. 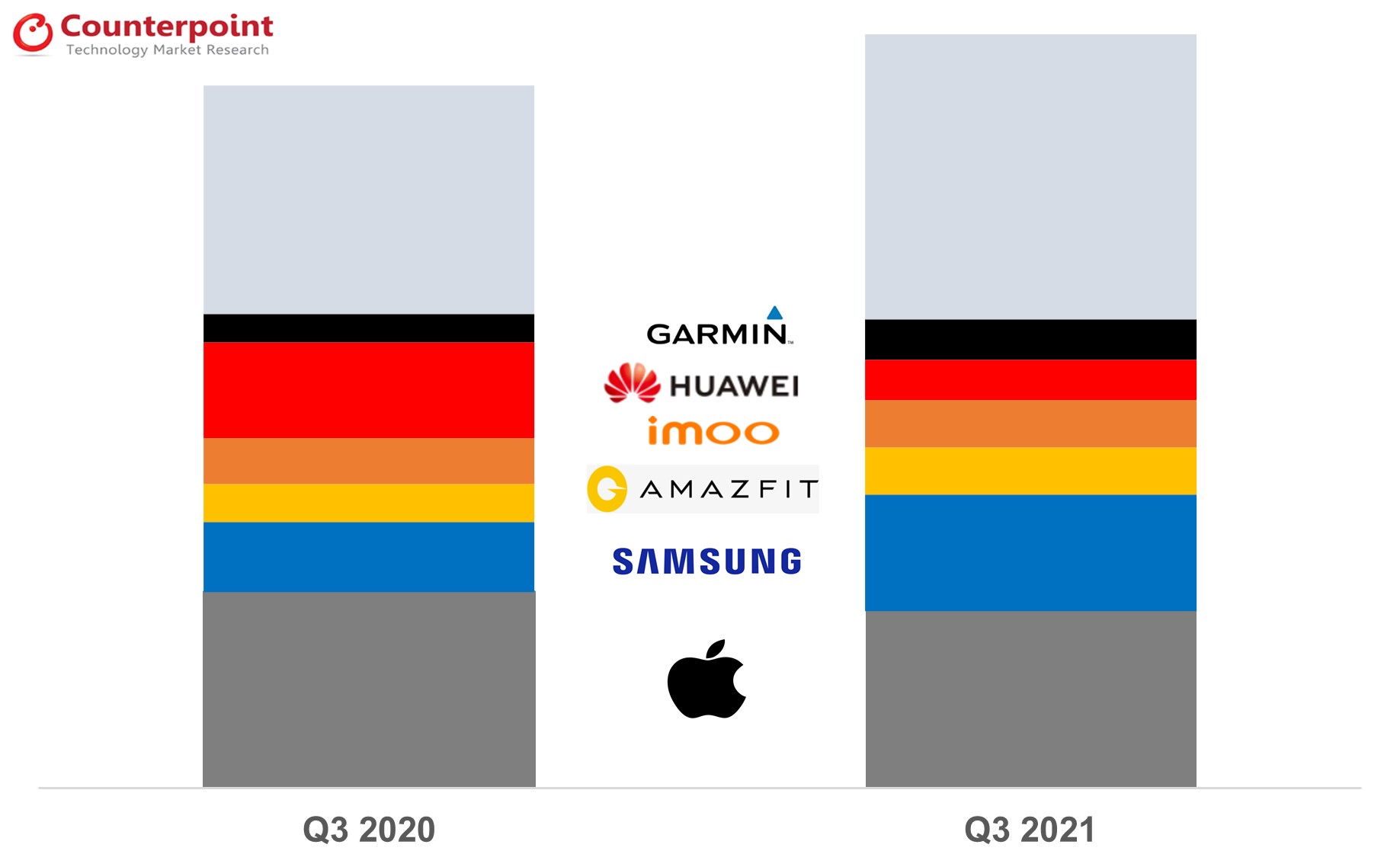 Wear OS also made comparatively large gains in terms of operating system market share. watchOS's presence continues to decline with a share of just 22 percent, sustaining a progressive decline since a peak market share of 40 percent in the fourth quarter of 2020. 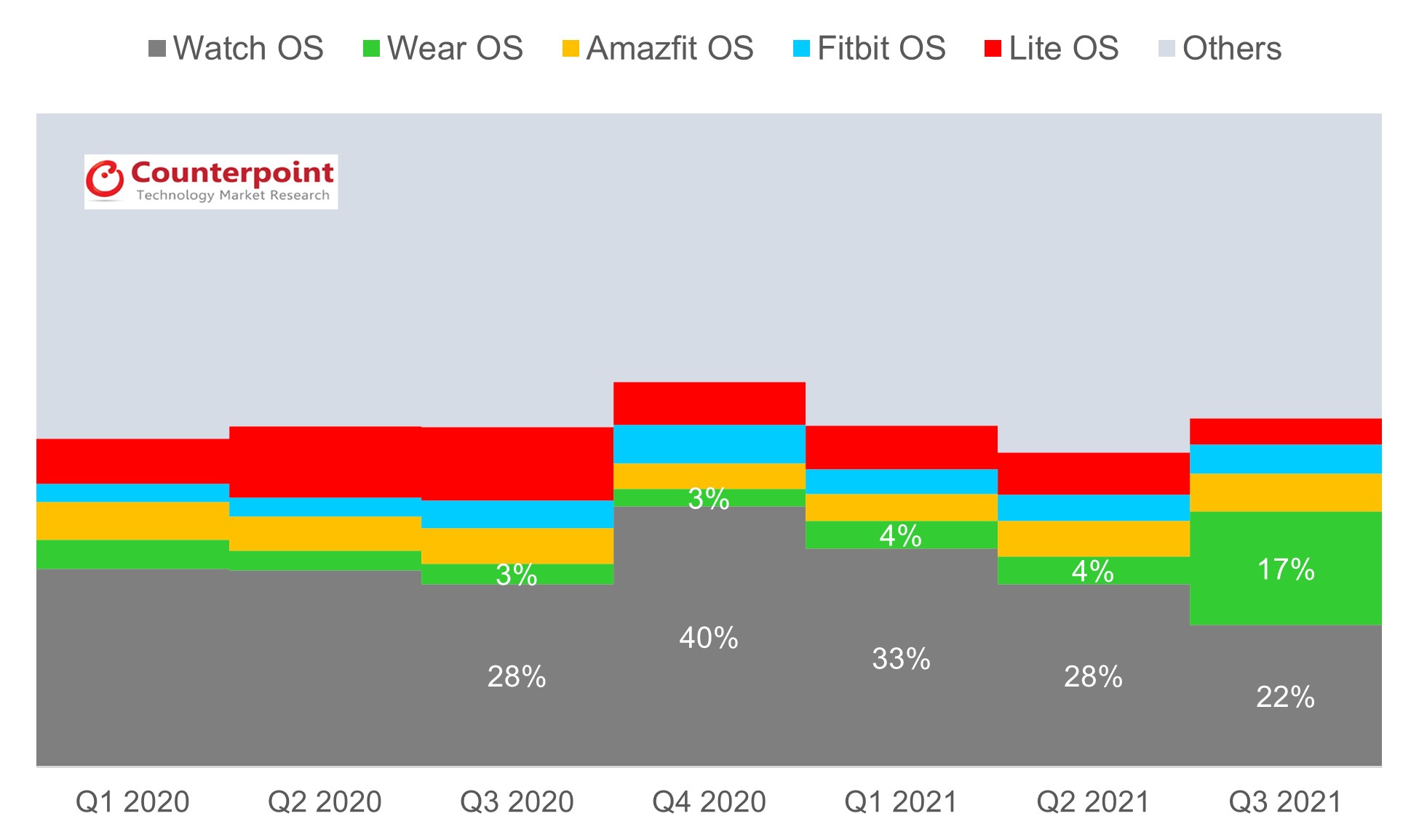 Data for the fourth quarter of 2021 and the first quarter of 2022, showing shipments of the ‌Apple Watch Series 7‌, are likely to give a more accurate presentation of Samsung's growth in the smartwatch market.