NVIDIA is dropping some serious hints that they will be talking about the highly speculated Hopper GPU at GTC 2022. The company posted a blogpost called "Hopped Up: NVIDIA CEO, AI Leaders to Discuss Next Wave of AI at GTC" on their website and the eagle-eyed (that would be you, Videocardz), quickly noticed that this seems to refer to the next-generation Hopper architecture.

Could NVIDIA Hopper be the company's first MCM GPU? Find out at GTC 2022

Keep in mind that this *is* Jensen we are talking about and it would not be the first time the affable CEO has played around with the press (and their feelings) and waves of speculation. So just the tiniest drop of skepticism wouldn't be amiss here. NVIDIA's Hopper GPU was supposed to be the first MCM-based approach from the company and could have featured as many as 2 GPUs on one package.

An MCM-based design is arguably the next step in GPU evolution considering we are now being limited by the reticle size of most EUV scanners. Architectural improvements and MCM-design is the next logical frontier and since AMD has already executed on it on the CPU front, it makes sense that GPUs would be the next step in their grand plan - which would explain why NVIDIA would want to get a headstart on it all and beat them to the punch.

GH100 does not have MCM, it's still monolithic.

Unfortunately, however, the odd leaker has claimed that Hopper will remain monolithic in nature (at least as far as the H100) is concerned and it will not be based on the MCM approach. 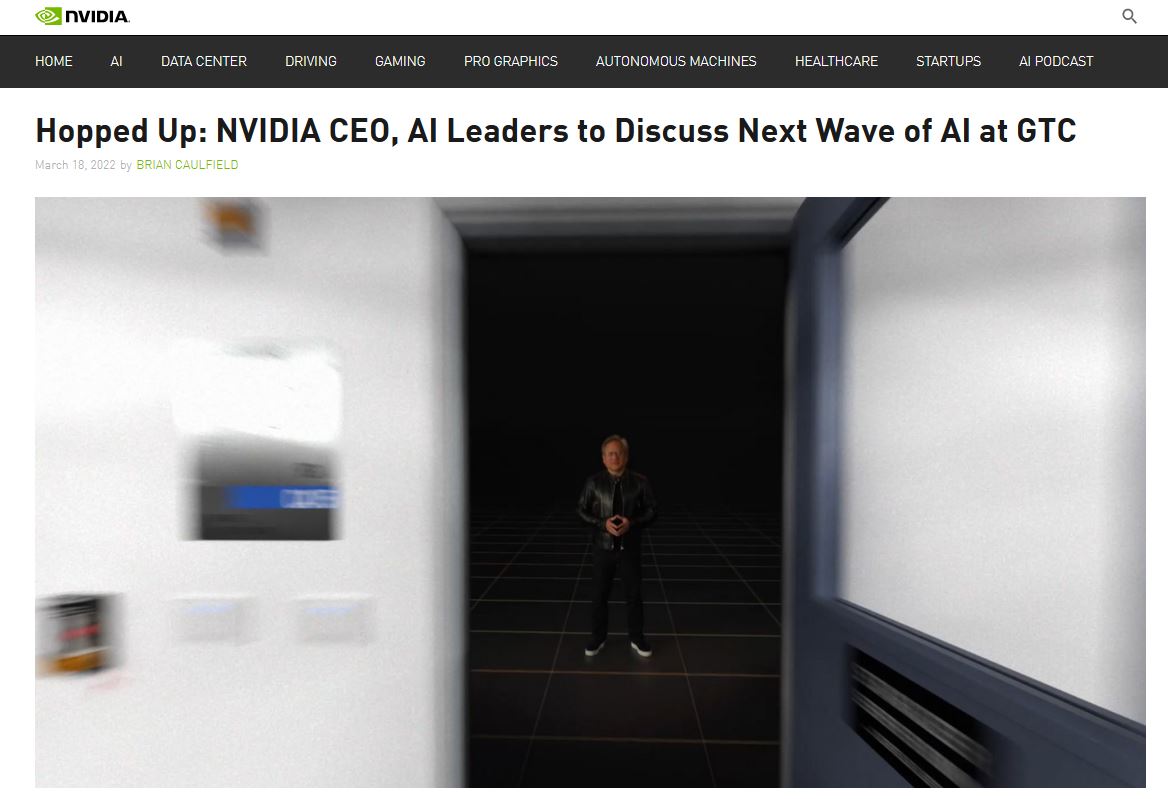 The speculated specifications of the upcoming NVIDIA H100 GPU (hopper flagship) are as follows. It goes without saying that these are completely unconfirmed specifications and you read them at your own risk. It is thought to have 2x 900mm² dies based on the TSMC N5 process. This makes for a total of 140 Billion transistors or 70 Billion per GPU. It denotes a density increase of 18% per mm squared. It will have 268 GPU clusters and a total of 34,304 CUDA cores. The memory bus will be 6144 bits and a total of 128GB HBM3 could be on board. The TDP is sure to be massive and in the range of 500W+.

Grace Hopper was a computer science pioneer that was one of the first programmers of the Harvard Mark 1.

NVIDIA's architectures are always based on computer pioneers and this one appears to be no different. Nvidia's Hopper architecture is based on Grace Hopper who was one of the pioneers of computer science and one of the first programmers of Harvard Mark 1 and inventor of the first linkers. She also popularized the idea of machine-independent programming languages which led to the development of COBOL - an early high-level programming language still in use today. She enlisted in the Navy and helped the American War efforts during World War II.