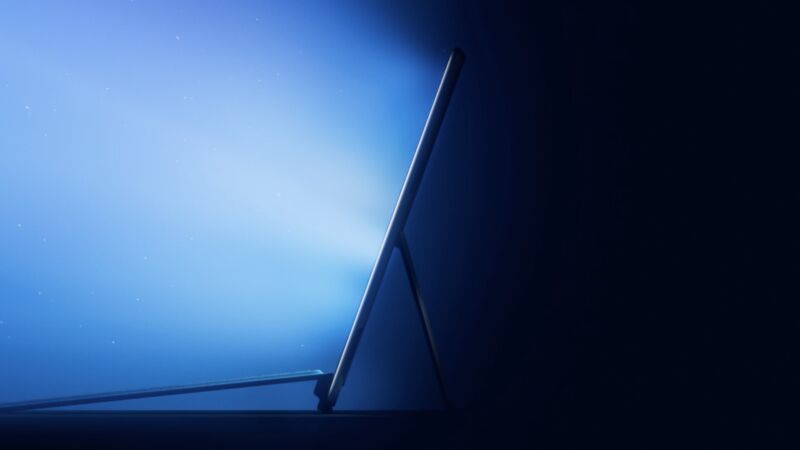 Windows 11 is coming out on October 5, but it's not the only thing Microsoft has in store this fall. The company will be livestreaming an event at 11 am Eastern on September 22, where it promises to "talk about devices and Windows 11." Microsoft wasn't specific about what kinds of devices it plans to reveal, but the looping video on the event site is of a Surface tablet, so it's not hard to guess. (Before you get too excited, it looks like a Surface Pro X, not a preview of some unannounced product.)

Without more specifics on the kinds of hardware Microsoft intends to focus on, all we can do is speculate. Current rumors suggest that the Surface Duo 2 Android phone or the aging Surface Book 3 are likely candidates, but there are newer processors available that would be suitable for everything from the Surface Pro to the Surface Studio, so refreshes for pretty much everything could be on the table (the Intel version of the Surface Pro is way overdue for a hardware redesign, but we'd at least like to see the 11th-generation Intel Core CPUs from the Surface Pro 7+ come to a Surface Pro device that regular people can easily buy).

The event will be remote and livestreamed from Microsoft's website, as it was for its Windows 11 event a couple of months ago. This has become the norm for tech product announcements in the pandemic era, including Apple's and Google's, but the Windows 11 livestream was a lot less reliable than Apple's or Google's typically are; hopefully Microsoft has smoothed out its technical wrinkles in the intervening months.