Garmin hasn't touched its mid-tier Forerunner 200-series GPS running watches since 2019, but it's ready to catch up with a major update — plus another for the most demanding athletes. The company has introduced the Forerunner 255, a follow-up to the 245 that adds full triathlon support as well as more accurate multi-band GPS, Garmin Pay and race prep tools that include a multi-function widget and a "morning report" with sleep data and workout suggestions. You can also expect heart rate variability tracking and power stats from Garmin's HRM-Pro or Running Dynamics Pod add-ons.

Battery life is healthy, too. You can anticipate up to 14 days of use in full smartwatch mode, and 30 hours in GPS mode.

The Forerunner 255 line is available now, with prices dictated by media support rather than case size. The series starts at $350 for the 41mm Forerunner 255S as well as the larger, 46mm 255. If you want on-device music from Amazon, Deezer or Spotify, you'll need to spend $400 for the 255S Music or 255 Music. Those still aren't casual purchases, but they're now easier to justify if you're committed to improving your runs. 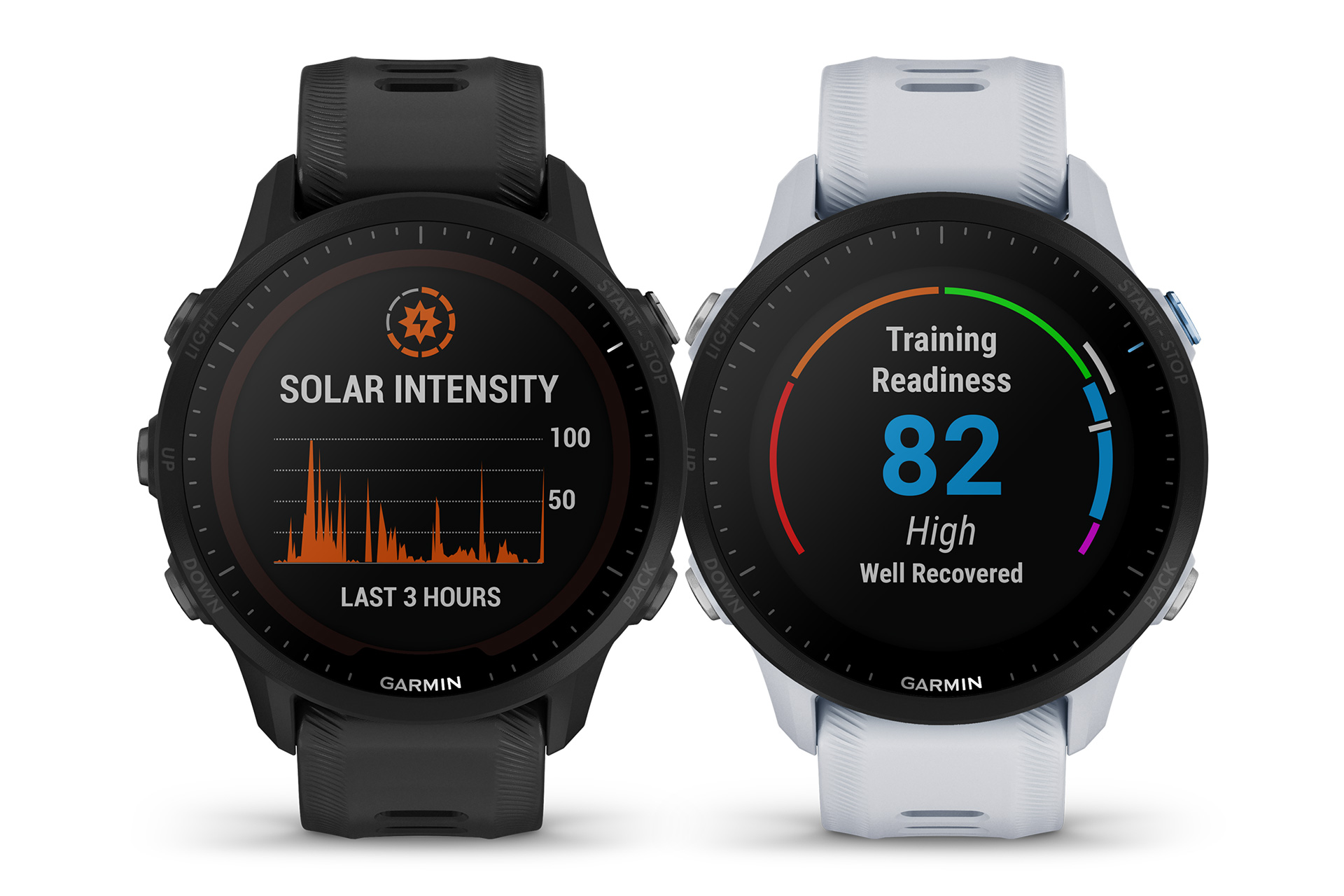 You now have a better incentive to spend more, however. Garmin is also launching the Forerunner 955 Solar (pictured at middle), its first solar-powered watch dedicated to running. The in-glass panel gives you up to 20 days of smartwatch use and 49 hours with active GPS — helpful for long-distance runners or anyone who simply hates plugging in. You'll also get a touchscreen for easier navigation when the five-button controls won't do. You can likewise expect the 255's multi-band GPS, heart rate variability and software improvements, while 'extras' like music and Garmin Pay are built-in.

The 955 Solar is available now for $600, while a more conventional Forerunner 955 is selling for $500. As with earlier 900 models, you'll likely already know if you want one. They're aimed squarely at pro athletes and serious enthusiasts determined to improve their pace.