Apple is working on a redesigned version of the larger-screened iMac that could bring back the "‌iMac‌ Pro" name to differentiate it from the 24-inch ‌iMac‌ that Apple released in 2021. The larger ‌iMac‌ is expected to have an updated design, M1 Pro/Max chips, and a mini-LED display, and it could launch in the first half of 2022. 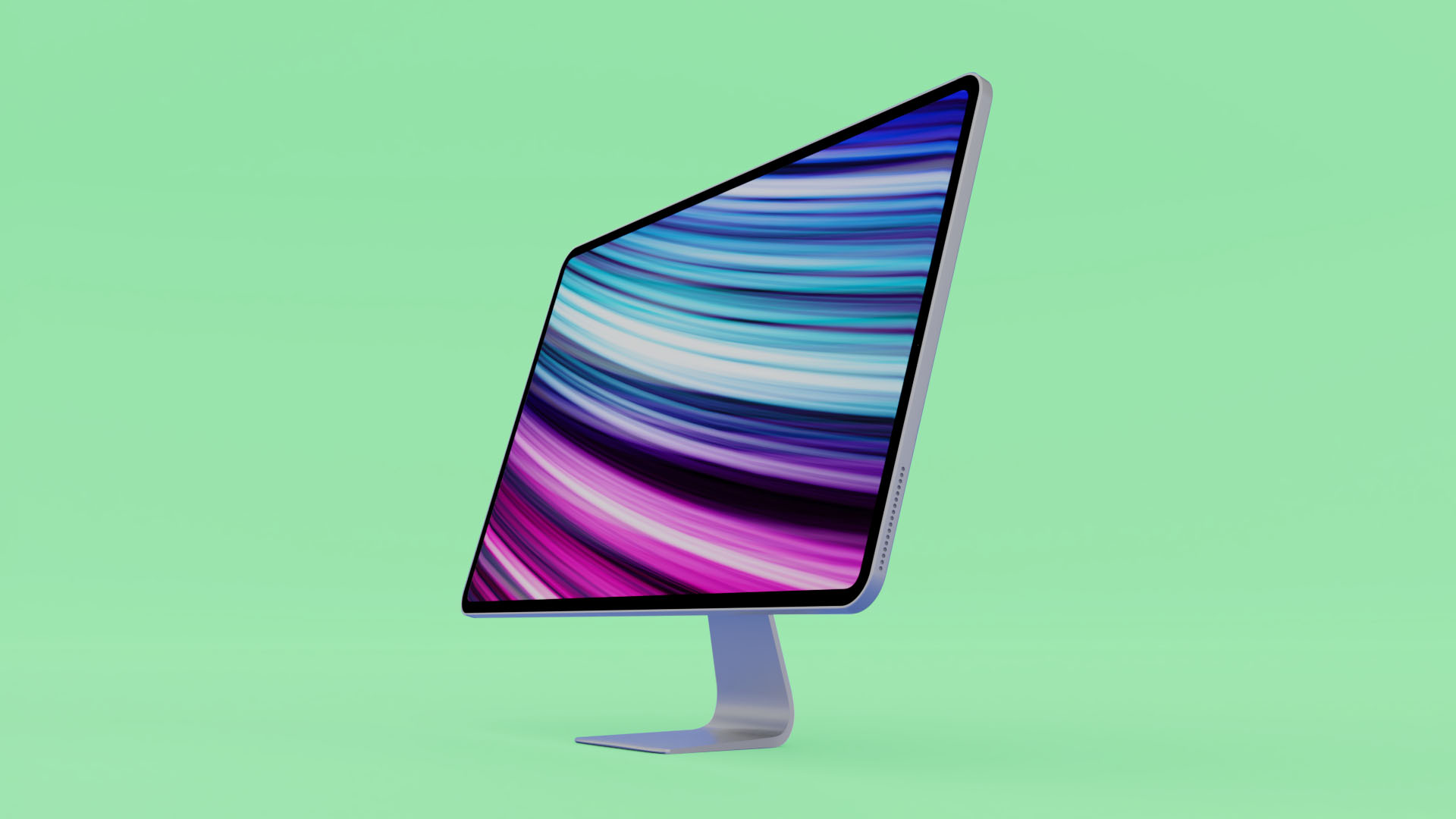 The upcoming ‌iMac‌ will be similar in design to the 24-inch ‌iMac‌ and the Pro Display XDR, according to leaker Dylandkt. It will feature black bezels, and if it does indeed look similar to the Pro Display XDR, bezel size could be much slimmer and it could perhaps have less of a bottom chin.

Like the 2021 MacBook Pro models, the next-generation ‌iMac‌ will adopt a mini-LED display for brighter colors, deeper blacks, and improved HDR, and it will feature ProMotion display technology, allowing for up to a 120Hz refresh rate. 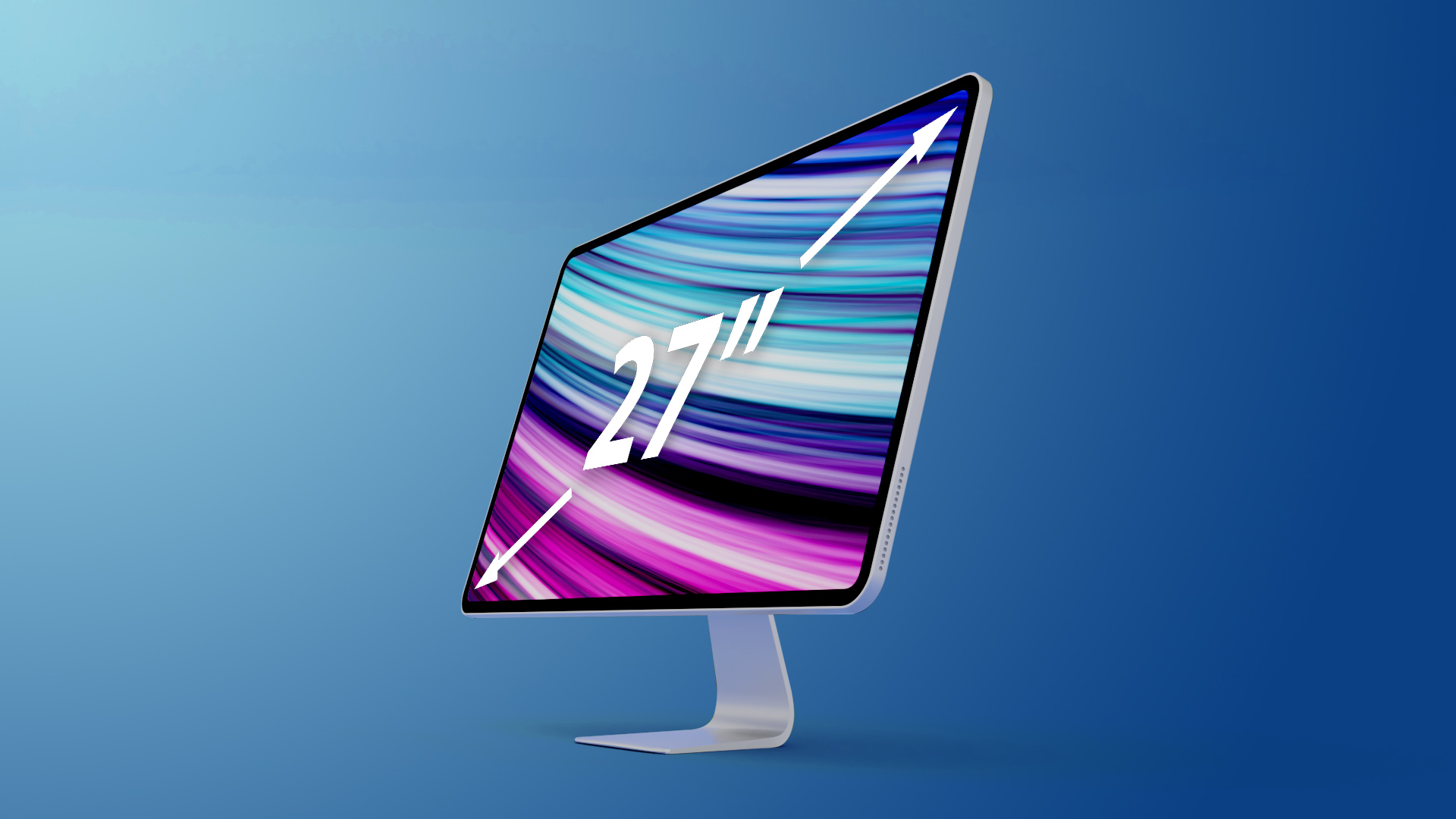 A refresh rate at 120Hz will allow for smoother gameplay and scrolling through various apps like Safari, plus it will improve general animations throughout macOS.

Some rumors have indicated that the ‌iMac‌ will have a display that's larger than 27 inches to mirror the smaller ‌iMac‌'s increase from 21.5 inches to 24 inches, but display analyst Ross Young says that it's going to measure in at 27 inches like the current model.

Apple has tested Face ID for the ‌iMac‌ Pro, according to leaker Dylandkt, but it is not a confirmed feature and it's not clear whether Face ID will make it into the release version of the machine.

The ‌iMac‌ is expected to offer a similar port configuration to the MacBook Pro, with Apple including USB-C/Thunderbolt ports, an SD card slot, and an HDMI port.

Apple could also include an Ethernet port built into the power adapter as it has for the 24-inch ‌iMac‌.

The ‌iMac‌ Pro will feature the same ‌M1 Pro‌ and M1 Max chips that were introduced in the MacBook Pro, and Apple could perhaps also introduce one additional higher-end configuration for the machine.

Apple is reportedly calling the ‌iMac‌ the "‌iMac‌ Pro" internally, and that could turn out to be its launch name as well, which would be in line with the MacBook Pro and iPad Pro.

An "‌iMac‌ Pro" name differentiates the 27-inch ‌iMac‌ from the 24-inch model, and makes it clear that it uses the same "Pro" chips as the MacBook Pro.

The base ‌iMac‌ Pro is said to feature 16GB memory and a 512GB SSD, and pricing is expected to start at around $2,000.

The upcoming ‌iMac‌ Pro will launch sometime in 2022, perhaps in the first half of the year at or before WWDC. It will replace the current Intel-based 27-inch ‌iMac‌, one of the last Mac models to still use Intel processors.

This article, "Apple's 2022 iMac Pro: Everything We Know" first appeared on MacRumors.com